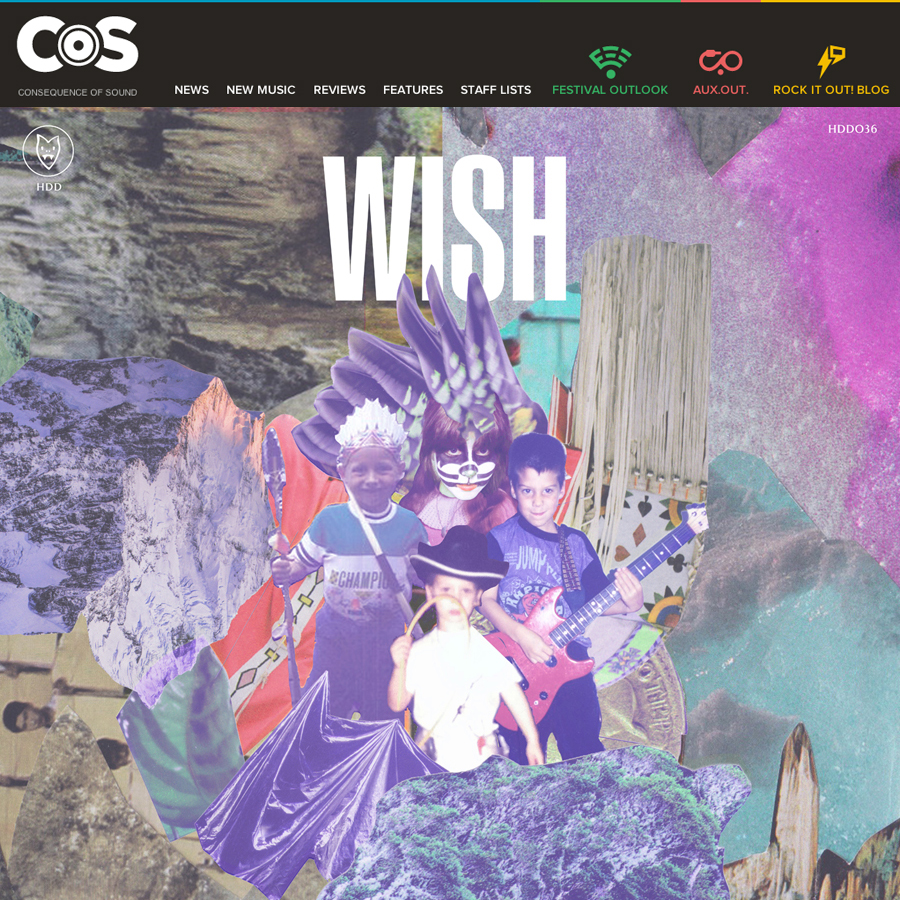 WISH‘s self-tiled debut album premiered on CONSEQUENCE OF SOUND, EXCLAIM!, and earned a NNNN review in NOW Magazine so far! WISH will be released August 26th via Hand Drawn Dracula

“Their unbridled and spontaneous blend of psych rock and dream pop drew on everyone from Neu! to King Khan, Pavement to Meat Puppets. – Hiding under all that fuzz are jagged alt rock riffs, glowing pop harmonies, punkish snarl, bits of prog rock grandeur, and specks of the blues and industrial.” ~ CONSEQUENCE OF SOUND

“self-titled debut perfectly balances psych, pop and shoegaze. It’s dramatic and spacey (the fade in and out of instrumental track Frances In Space sounds like Spiritualized), while Connolly’s vocals are paradoxically crisp and lo-fi, like Bradford Cox’s in Deerhunter.” ~ NNNN / NOW