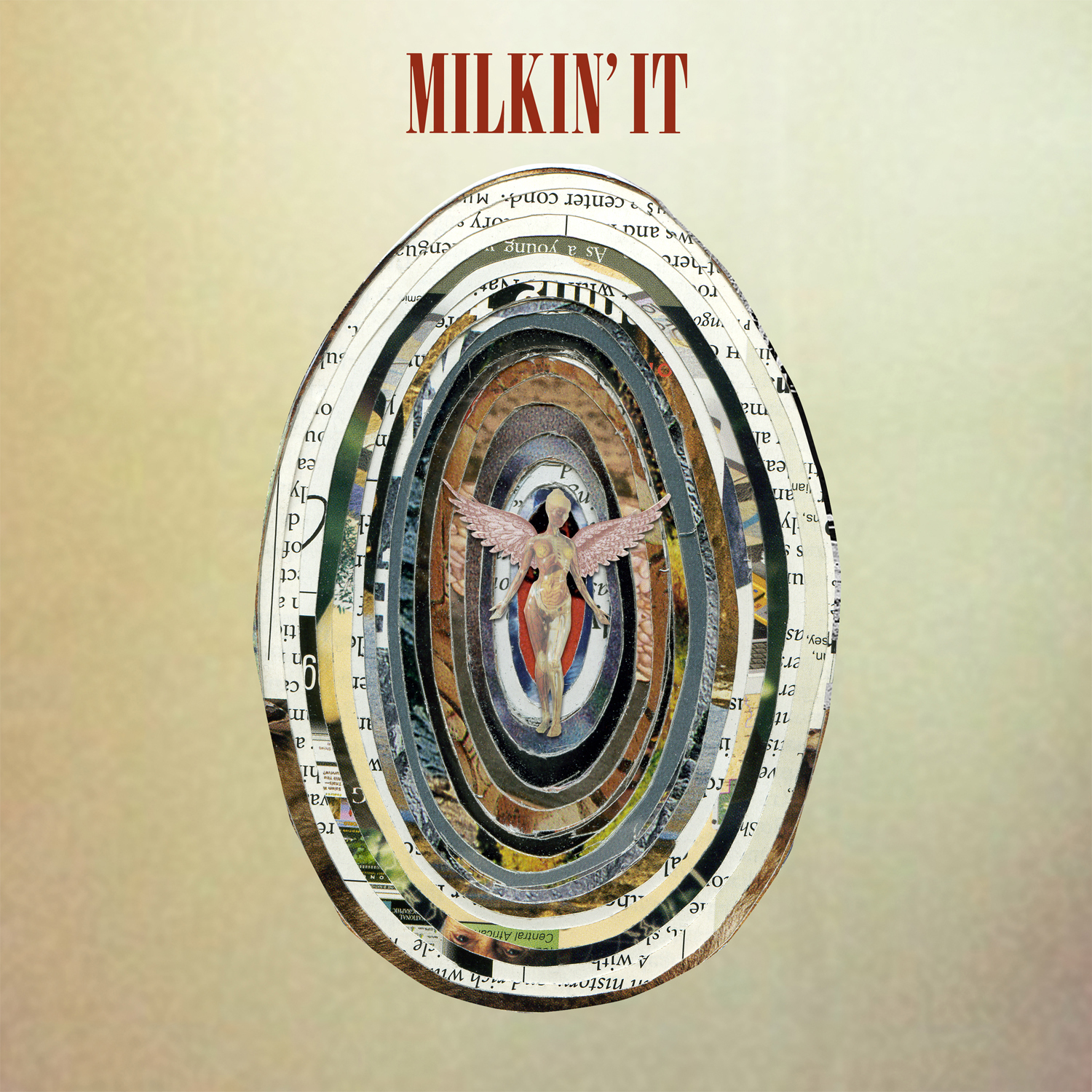 If you were to create a timeline of influences for any musician in their mid-20s to early 30s who is currently in a band, chances are you’ll find a Nirvana record (or cassette) in there somewhere. It may have been given to them by an older sibling; they may have convinced their unwitting parents to buy it for them after seeing the “Smells Like Teen Spirit” video; maybe they were old enough to be hip to the indie rock movement which spawned the band. Regardless, you’d be hard pressed to find someone who wasn’t touched by Nirvana in some way.

The impact the Seattle-via-Olympia-via-Aberdeen trio had on the music industry is documented thoroughly. The story of Nevermind usurping Michael Jackson’s Dangerous at the top of the charts is about as widely known as John Lennon proclaiming his band more popular than Jesus. What hasn’t been discussed is how the generation that grew up in Nirvana’s wake has taken that influence in several different directions, giving added depth to the universal appeal the group had in their day.

These divergent paths serve as the impetus behind Milkin’ It. In early 2012, The Wooden Sky recorded a cover of “All Apologies,” the closing track on Nirvana’s final album, In Utero. The cover languished in limbo with no real reason to be released, but created a dialogue between members of the group and their roommate, a member of the post-punk band Greys.

This recurring conversation about how the iconic anti-heroes could inspire so many young people to play such different kinds music, and yet still appeal to these same musicians two decades later, became more and more fascinating. How could folk-based rockers and atonal punks call the same band a direct influence on their respective sounds? This extended to more discussions about both Nirvana’s breadth of influence as well as Toronto’s current crop of stylistically disparate bands. How interesting, then, would it be to collect a handful of local acts – all within the same age bracket, and all of whom grew up listening to Nirvana – to cover songs off their last record, just in time for its 20th anniversary?

Milkin’ It represents Toronto’s wealth of styles and sounds, showcasing some of the city’s best bands reinterpreting In Utero through their own unique takes on punk, garage, shoegaze, psych, folk, pop, grunge, Krautrock, industrial, surf, noise and much more, sometimes all at once. Released and co-curated by Hand Drawn Dracula, the bands on the compilation release music on similar-minded, artist-run labels like Telephone Explosion, Optical Sounds, Buzz, Daps, Reel Cod, One Big Silence, You’ve Changed and more, all with a canny ear for local talent not dissimilar to that of indie rock bastions like Sub Pop.

The compilation exists primarily for two reasons, the first being to take a snapshot of a particularly fertile, vital moment in Toronto’s musical history which, for all we know, may be inspiring a younger generation as it happens. The second, of course, is simply to pay tribute to three guys from a rainy corner of the continent who first inspired us to do what we do.

“This compilation is very much worth your time, and is a far better way to honor
In Utero’s anniversary than just another expensive reissue.” – STEREOGUM 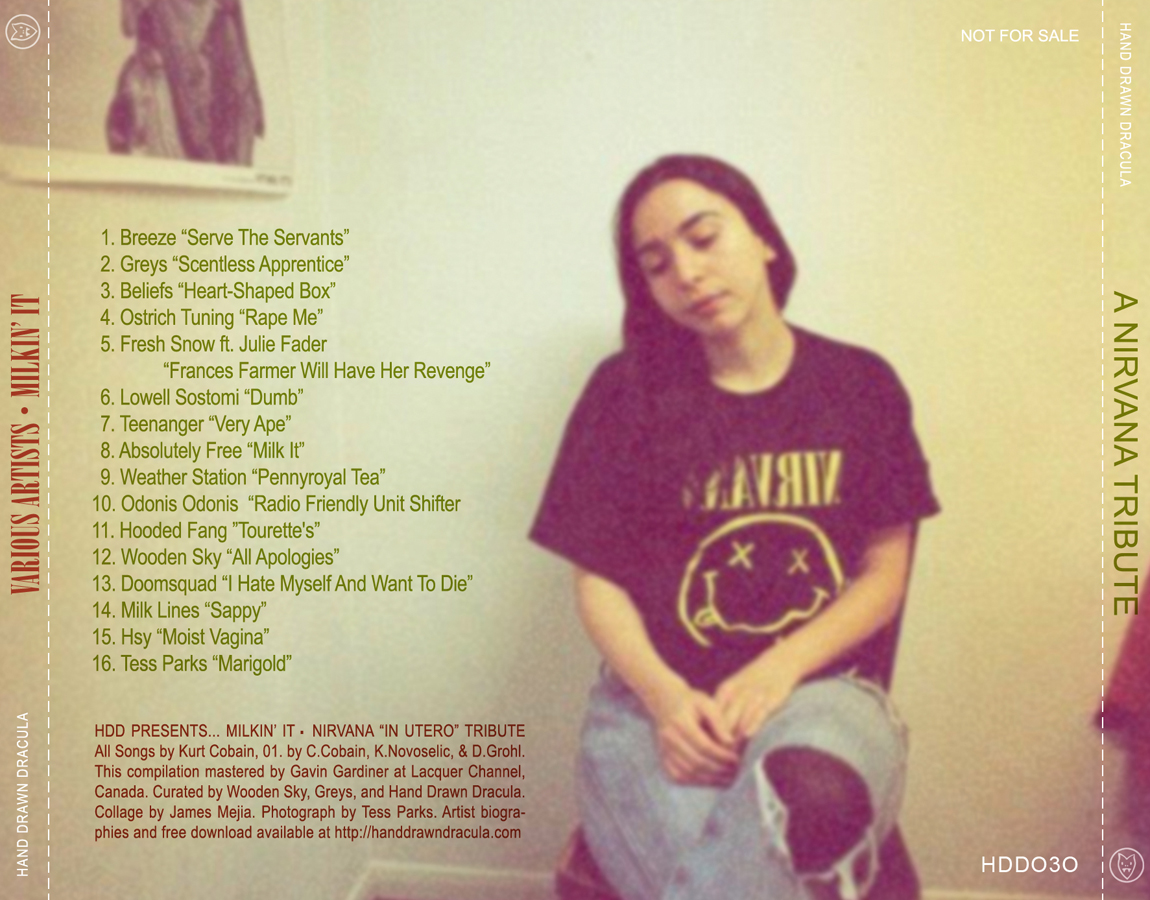 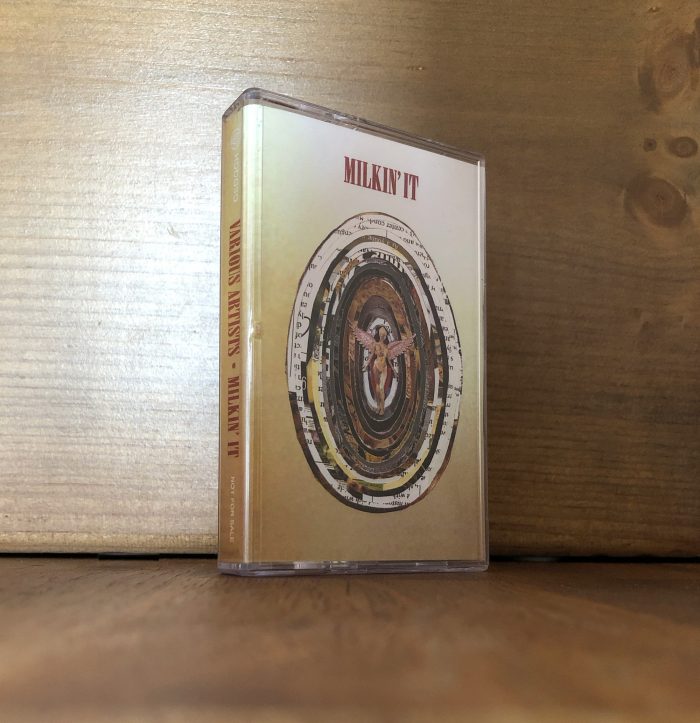 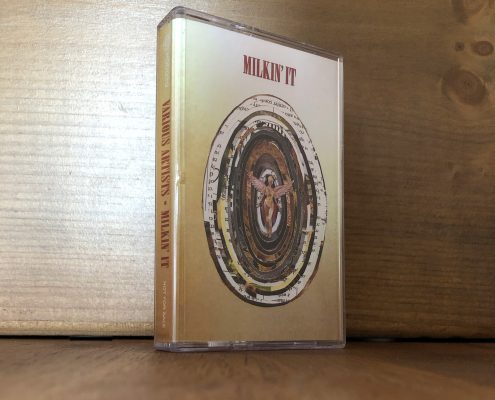 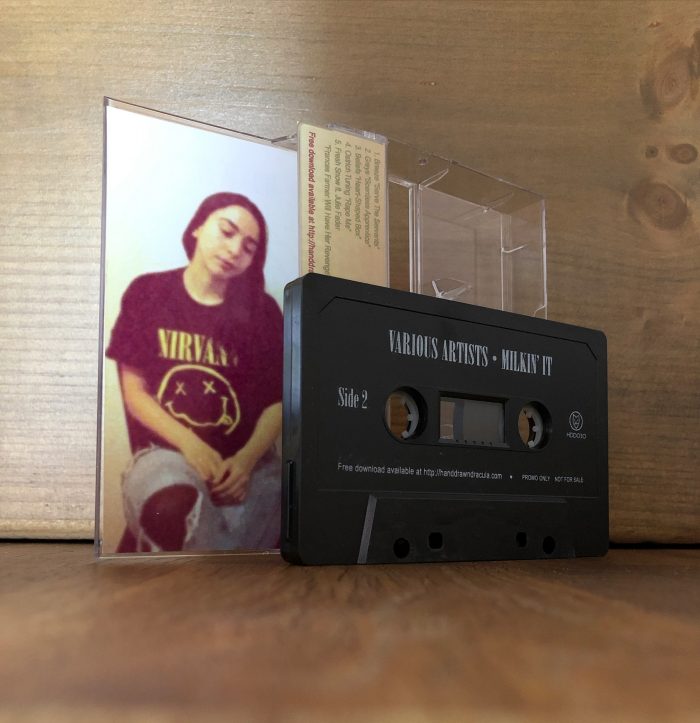 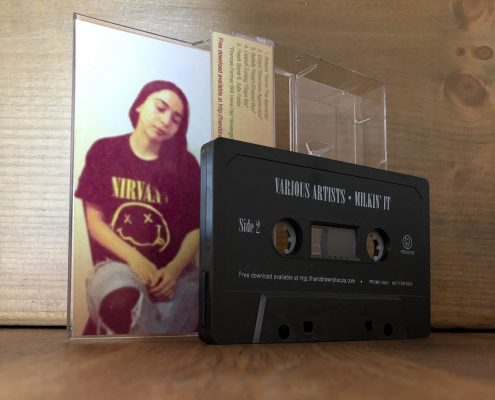 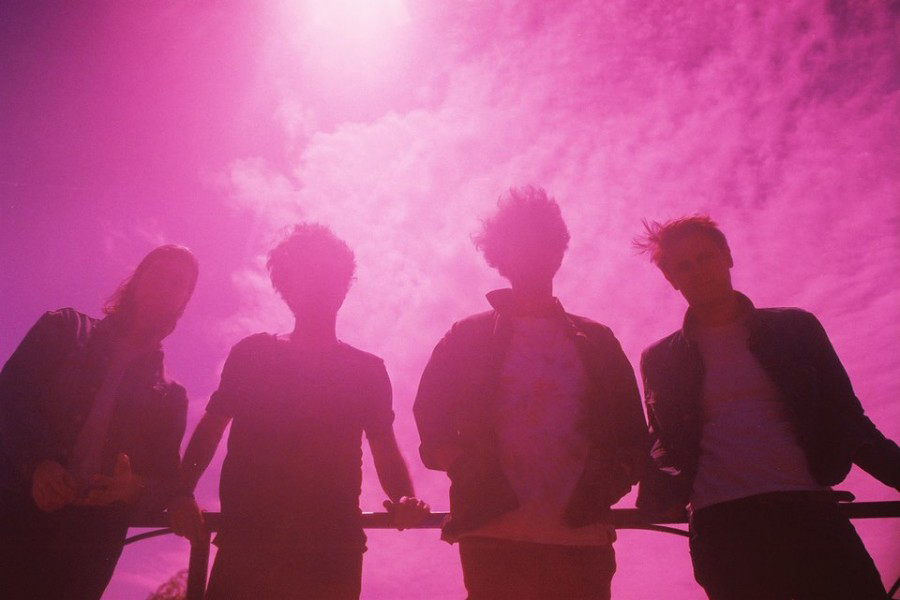 The dream-pop outfit, led by engineer Josh Korody, opens the album on a shimmering, slightly stoned note, underscoring the song’s Beatles-esque melodies and harnessing all its fuzz and distortion into a wiry solo that calls to mind Galaxie 500. Korody’s half whispered, half mumbled vocals add a carefree quality to the iconoclastic opening lyric, “Teenage angst has paid off well/Now I’m bored and old.”

This noisy, grunge-ified punk band does their best to add even more feedback and crunch to this bulldozing number. Staying true to the original, the band’s dueling, intertwined guitars give the listener a dizzying sensation in the verses, doubling up in the song’s caterwauled chorus with concussive force. 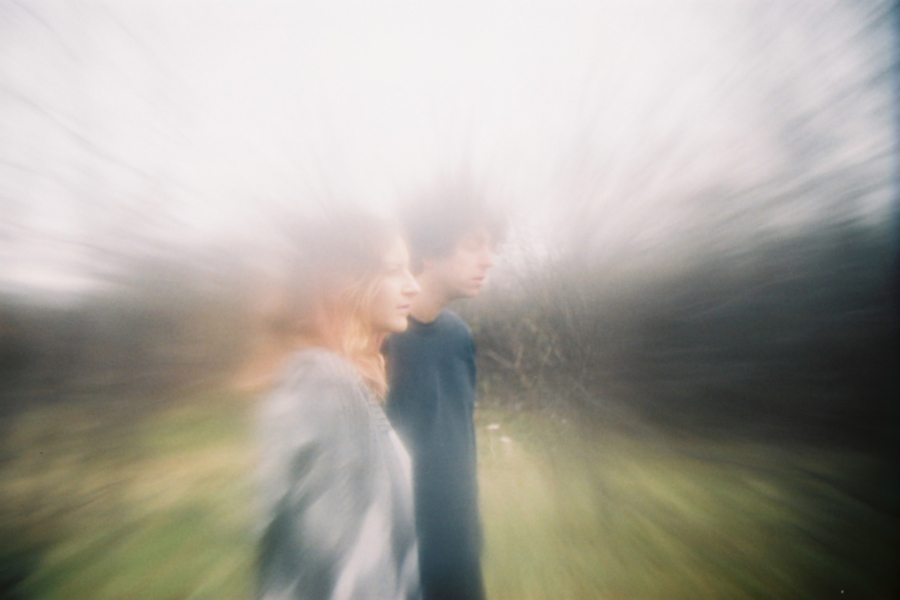 On the most well-known track on In Utero, shoegazers Beliefs add weight to Kurt Cobain’s anatomically-obsessed love letter to his wife with male/female vocal interplay and meticulously layered guitars. Though additional guitar parts take liberties with the song’s unforgettable melody, the band keeps its dour spirit alive with their lurching, colourful rhythm section and the somber tone throughout. 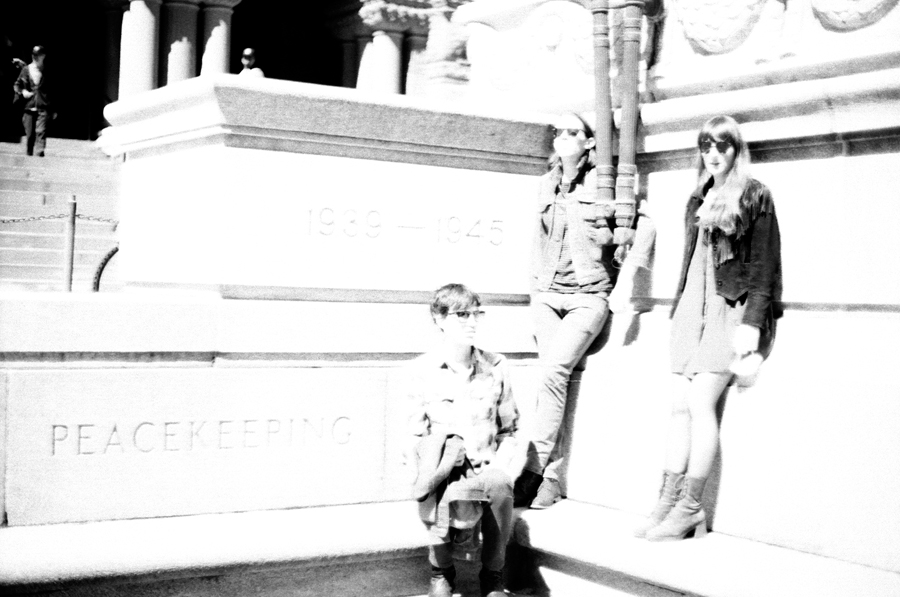 Electric viola, detuned guitars, and a shambling drum beat turn this controversial anthem into a dark, desolate landscape where vocalists Ami Spears and Ian McPhedran recite the song’s unsettling lyrics with the soothing tone of a lullaby, simultaneously evoking the Velvet Underground and latter day Earth. Their usually dense compositions are eschewed in favour of a more spacious arrangement, which lets the grim atmosphere take centre stage, building up to a suffocating climax. 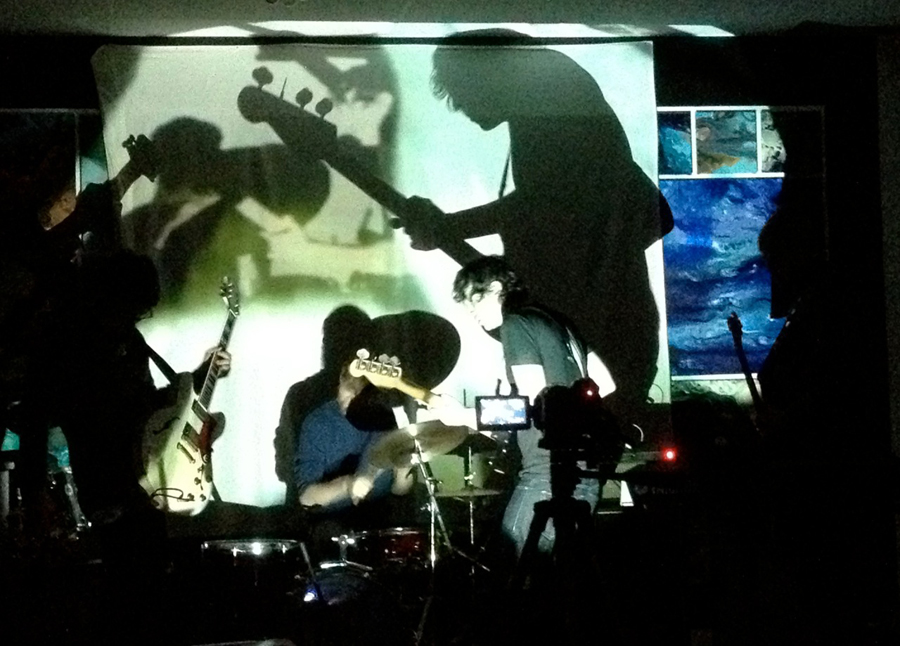 The neo-Krautrock band provides a sprawling, apocalyptic soundscape for Julie Fader’s (Fades) emotionally draining harmonies. Nearing the seven-minute mark, the band subtly crescendos with rising feedback, squealing strings and mechanical keyboard noise as Fader’s poignantly numb delivery reveals new dimensions of disillusionment to the lyric, “I miss the comfort in being sad,” providing one of the most harrowing moments on the compilation. 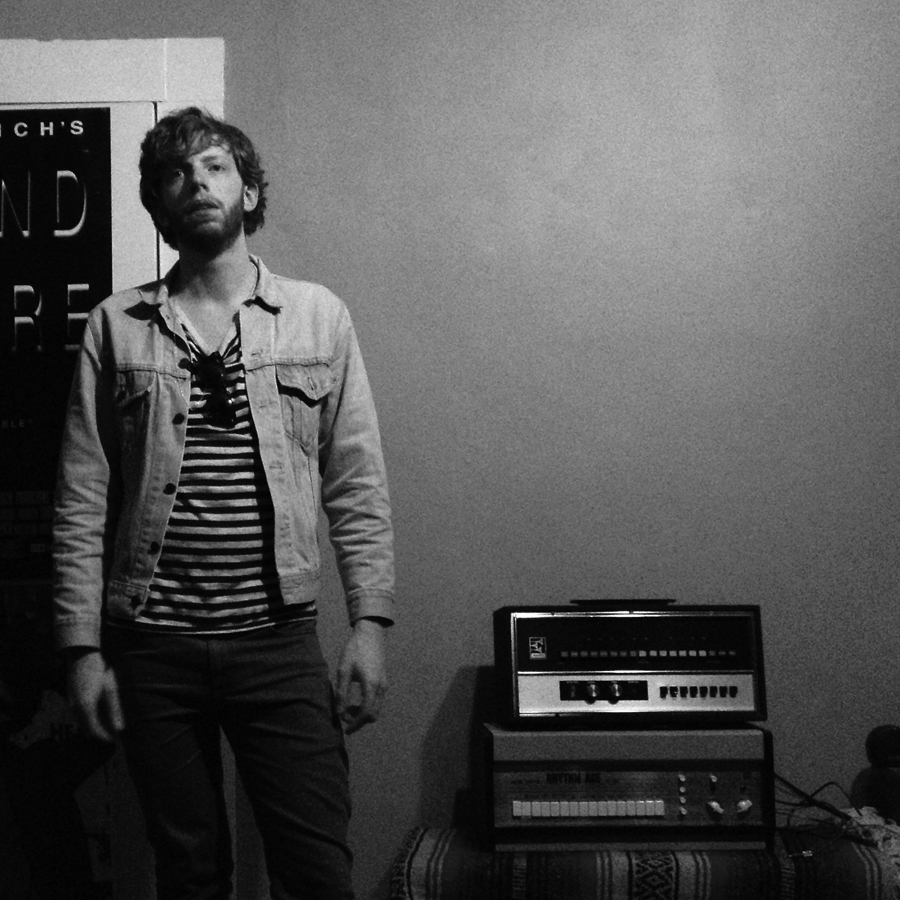 The Great Bloomers frontman delivers a sparse take on “Dumb,” sounding like Bill Callahan on an opium bender. The singer’s usually resonant timbre is hushed here, at level with his softly strummed acoustic guitar and rich, ambient noise. It gives a mournful quality to a song about being devoid of all feeling, not as content in ignorant bliss as the lyrics would imply. 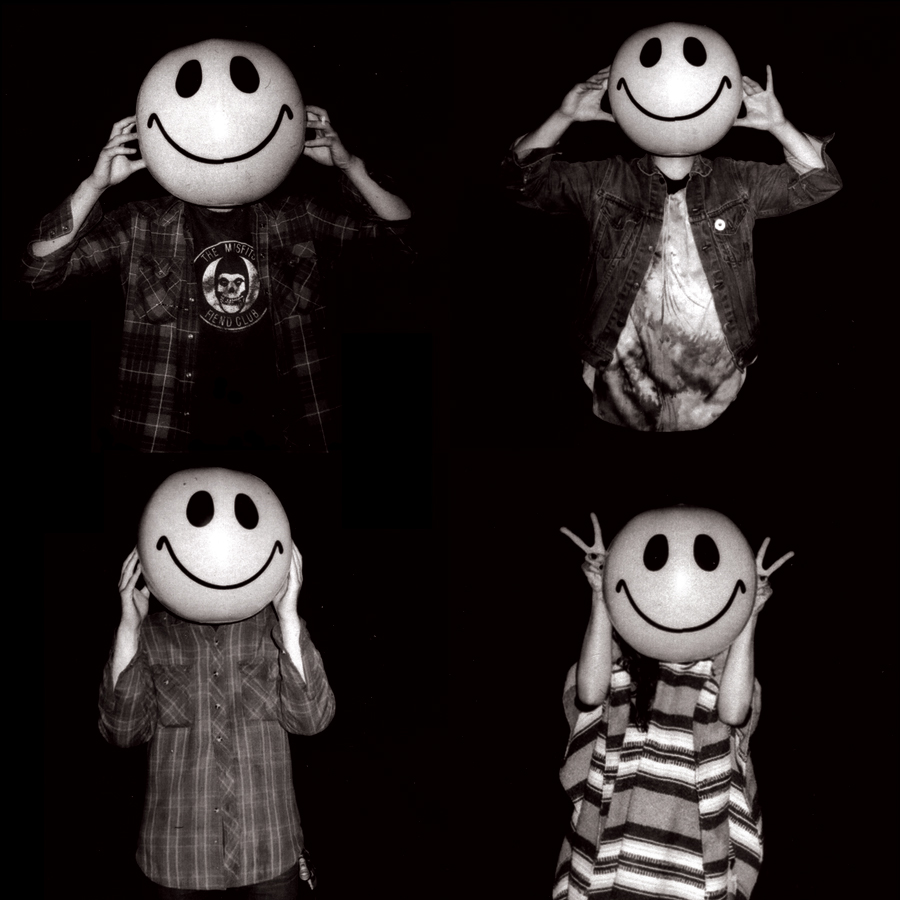 Though they usually deal in fast, wryly self-aware punk, Teenanger slow things down and add a Moog synthesizer to the mix for this groovy spin on Nirvana’s quick-and-to-the-point rocker. Christopher Swimmings’ nasal voice is anchored by the band’s comedown as well, sounding like a toy robot who is slowly running out of battery power. Bombastic guitars explode in the last chorus, however, as the quartet snaps out of its collective hangover just long enough to give their audience the finger. 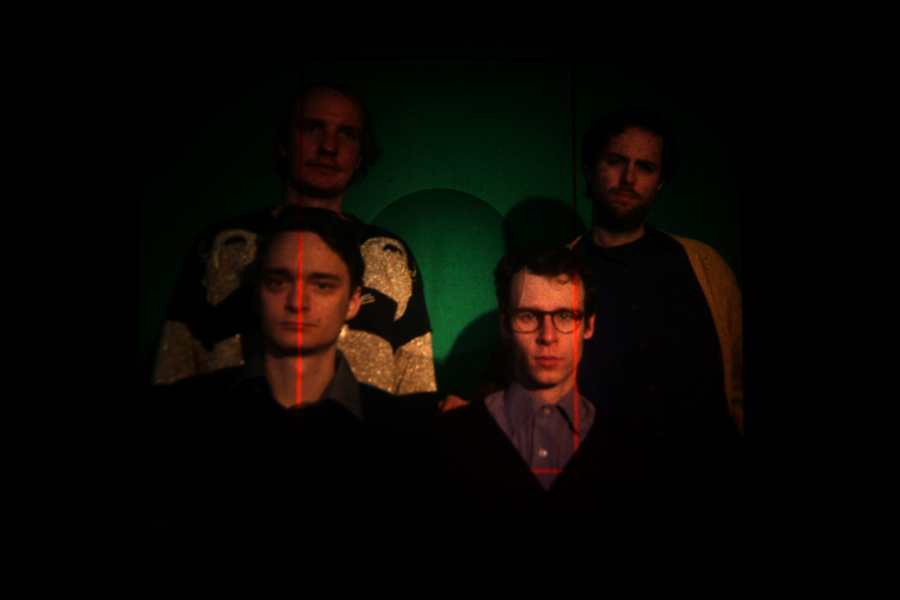 All traces of the Melvins-inspired, loud/quiet/loud dirge are replaced here by lush, psychedelic textures and bright, sunny vocals. The song’s signature start/stop rhythm is smoothed out entirely, and that’s especially surprising when you consider Absolutely Free’s characteristically mathematical approach. What’s left intact is the catharsis felt in the chorus, substituting Cobain’s maniacal screams with ebullient harmonies – a subtle, ingenious way of pulling the rug from under the listener, which is quickly becoming the quartet’s trademark. 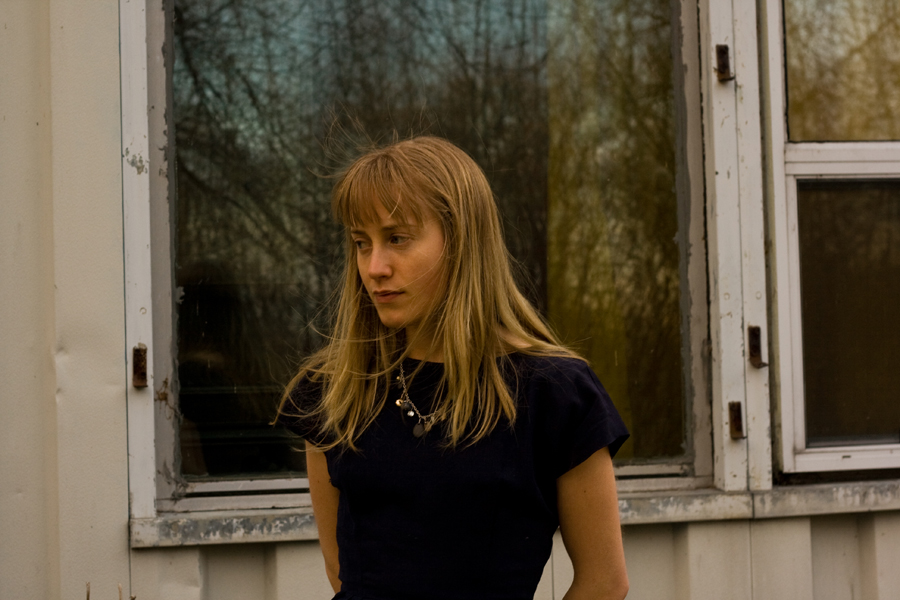 Tamara Lindeman (a.k.a The Weather Station) presents In Utero’s emotional standout in a slightly more introspective light than the angsty melodrama of the original number. Aided by a drum machine – a departure from Lindeman’s typically traditional instrumentation – and several layers of her own powerful voice, the singer/songwriter’s psych folk approach evokes a solo night drive rather than a teenager’s demolished bedroom. Where Nirvana’s version leaves the listener drained, Lindeman ends the cover abruptly, feeling tense, unresolved, and deserving of several repeated listens. 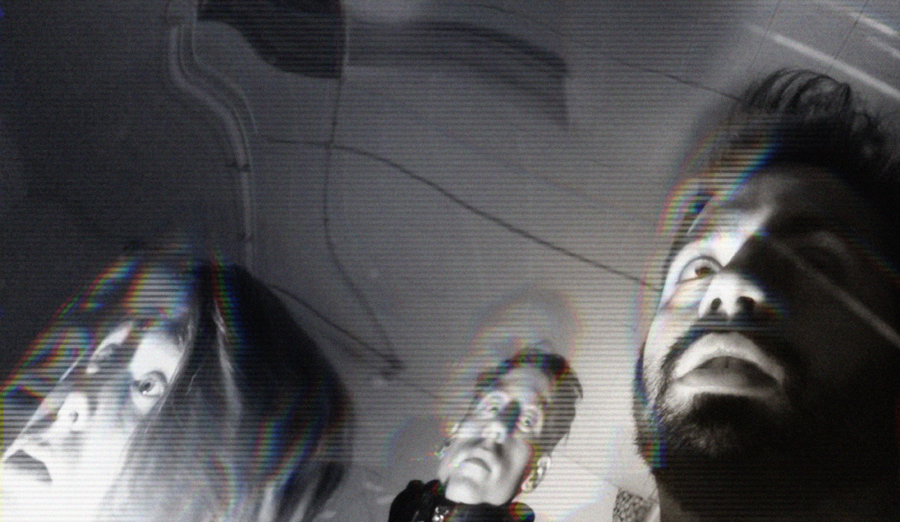 This industrial/post-punk trio seems to have sampled Dave Grohl’s mammoth snare hits and amplified them tenfold. These violent, staccato blasts will bludgeon your ears until the more fluid verses materialize out of the noise, with drummer Jarod Gibson assuming vocal duties in place of vocalist/guitarist Dean Tzenos. His breathy performance coaxes the listener into a sense of comfort, before the drum machines pummel them into submission, creating a cold, robotic reflection of Nirvana’s loud/quiet dynamics. 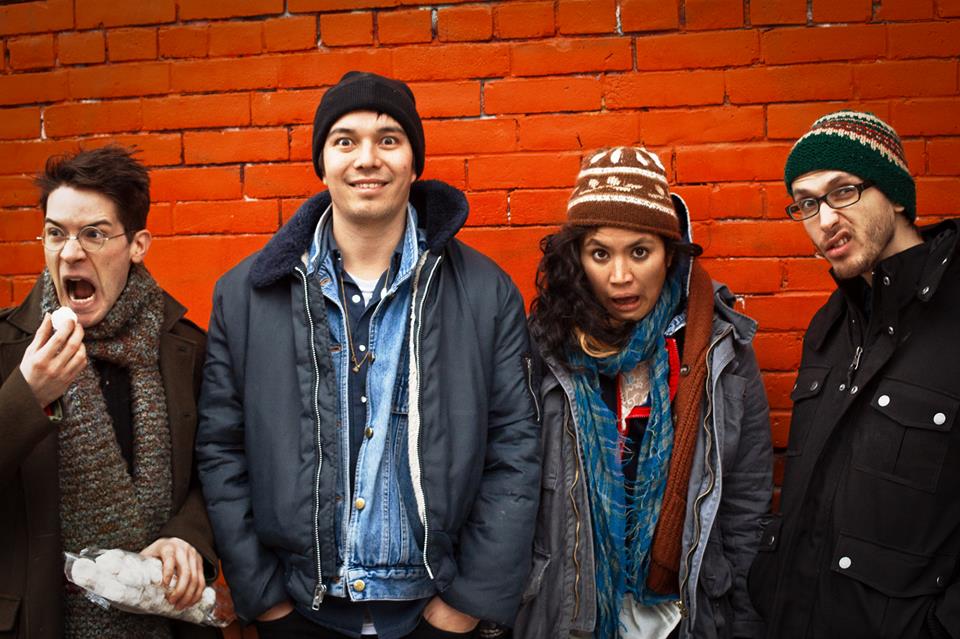 If one were to document the journey of a surf rock band that was given both speed and acid, this would likely be on the soundtrack. Hooded Fang have come up with a blend of surf punk that sounds like the shotgun wedding of Devo and The Cramps. It also, astoundingly, manages to be shorter and just as volatile as the blistering original. The fact that it sounds like the band is performing inside a tin can somewhere in outer space is an absolute virtue. 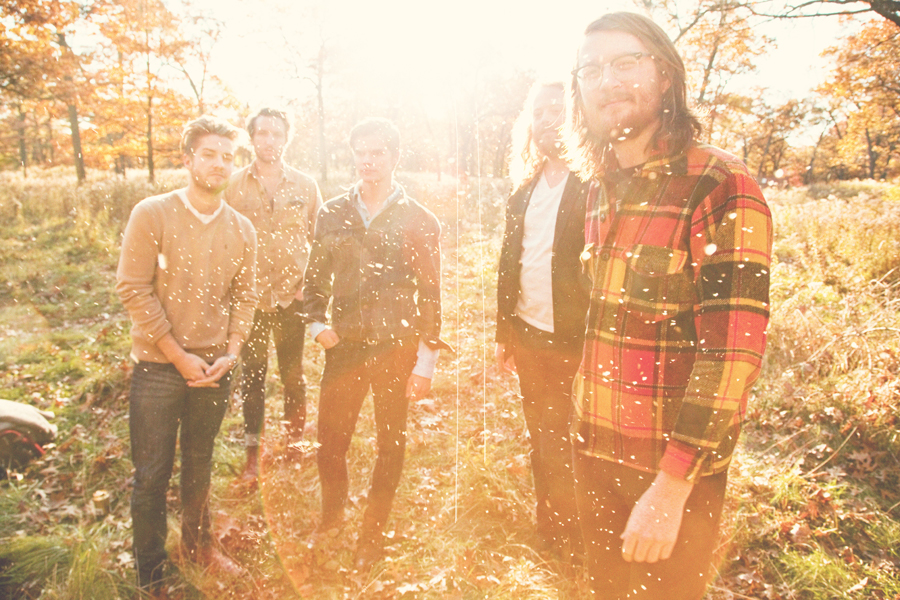 THE WOODEN SKY   “All Apologies”

The folk rockers trade in their acoustic guitars for an electrified version of In Utero’s closing track. Frontman Gavin Gardiner imbues the song with a vitality that turns the lethargic, navel-gazing tune into a triumphantly hedonistic rallying cry. Guitars squeal and wail while the drums pound a relentless motorik rhythm that belies the band’s reputation as heart-wrenching troubadors. The quartet rise to the challenge of covering one of Nirvana’s most well-known and beloved songs, and it’s no mystery why their performance here served as the reason for this compilation to exist in the first place. 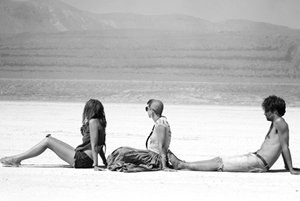 DOOMSQUAD   “I Hate Myself And Want To Die”

There is a certain irony involved when a song as catchy as this one has the kind of name that it does, and Doomsquad seem to emphasize this juxtaposition with their euphoric take on the sludgy rocker. There is a hint of menace in singer Jaclyn Blumas’ wavering voice, but the numbness the trio of siblings inject into the song permeates her performance as well, succumbing to its soothing, tranquilizing effects. 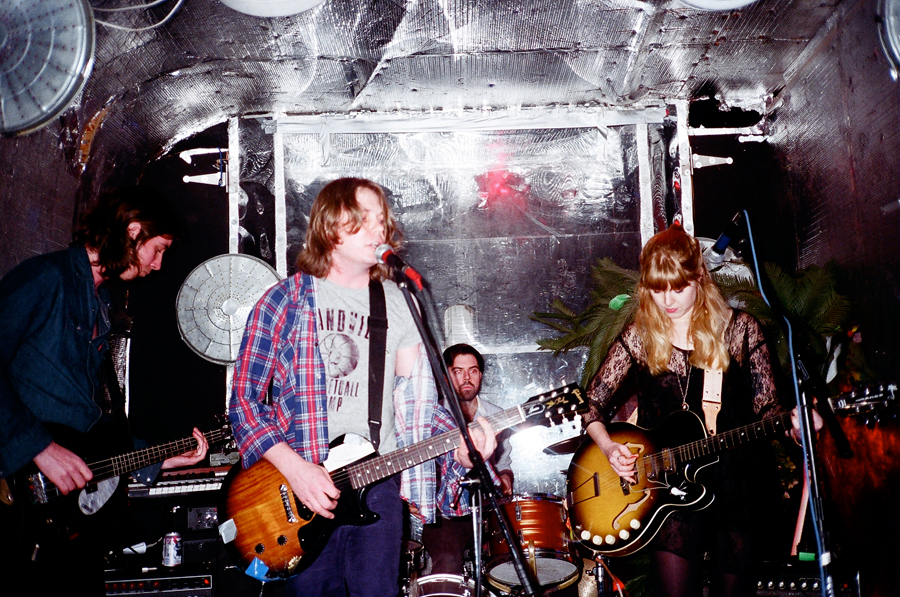 Singer/guitarist Emily Clarke takes centre stage for Milk Lines’ rendition of this In Utero b-side. The mix of a drum machine and banjo makes the cover fall somewhere between Stereolab and Nancy Sinatra, an interesting blend of styles that one hopes the band incorporates into its particular brand of twangy garage rock in the near future. 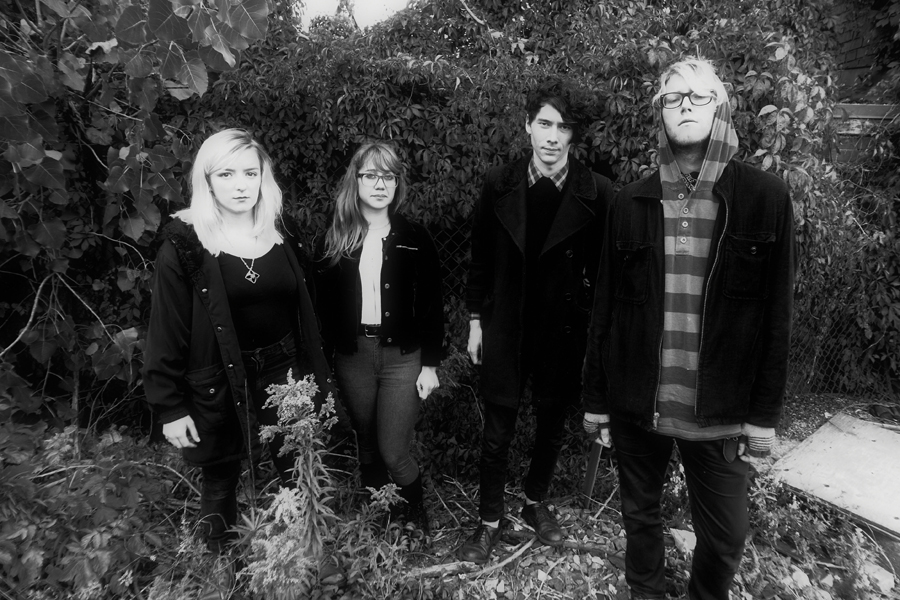 These four noisemakers have elevated this stoned curiosity into a brutal, scathing display of dirt and depravity. Rumbling bass, spiky guitars and guttural screams call to mind The Birthday Party at their most swamp-like. The stark recording is reminiscent of Steve Albini himself, ruminating on what Nirvana might have sounded like if they released In Utero on Touch & Go. 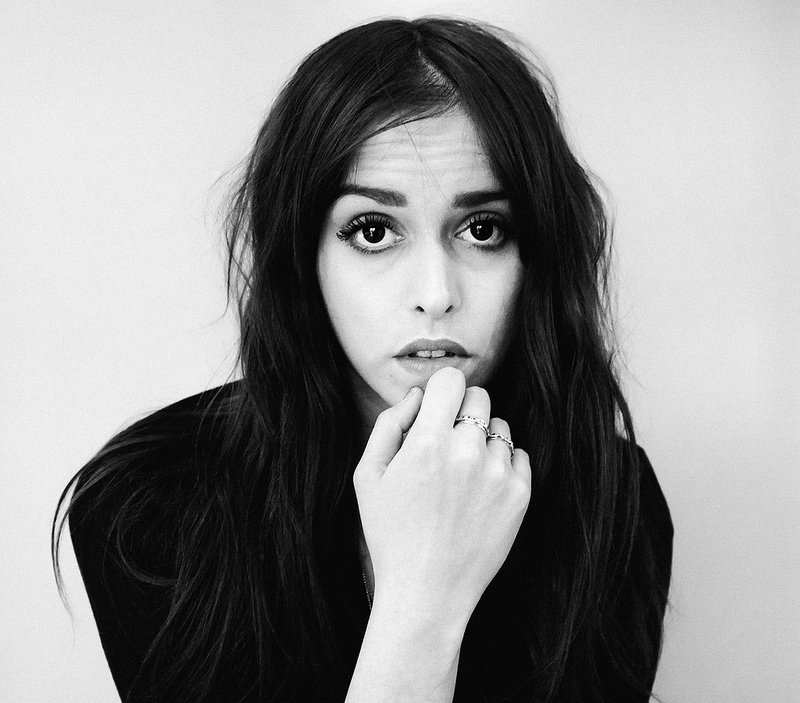 Parks and her band do a relatively straight take on the Dave Grohl-penned b-side to “Heart-Shaped Box,” trading his awkward, self-conscious, four-track pop for floaty, reverb-soaked aloofness. The switch works in their favour, as the warbled effect makes the singer’s voice go in and out of key, sounding like the last person standing at an all-night rager, looking for the last available space on a couch where they can finally get some sleep.