DESERTS : On February 26, 2012, Sebastien Grainger announced on his Twitter account that Bad Tits had changed their name to DESERTS. Deserts is Sebastien Grainger, of  DEATH FROM ABOVE, and Joshua Reichmann, formerly of TANGIERS. The duo began playing shows in early 2010, with Grainger on drums and samplers, Reichmann on guitar and keyboards, and both singing. They released a debut vinyl 7″ and digital EP titled Garbage Night via Hand Drawn Dracula.

“Sebastien Grainger and Josh Reichmann delve deeper into the garage-y post-punk inclinations of their former projects, and experiment a bit more with electronics” – XLR8R

“Sebastien Grainger is back with a vengeance. Instead of doing a DFA 1979 Part Deux, the two have teamed up to make an EP that plays as if Evangelis had teamed up w/Health.” – CAUSE = TIME

“a synth heavy, dirty, sweaty, bleeping, garagey beast of a record” – THE LINE OF BEST FIT 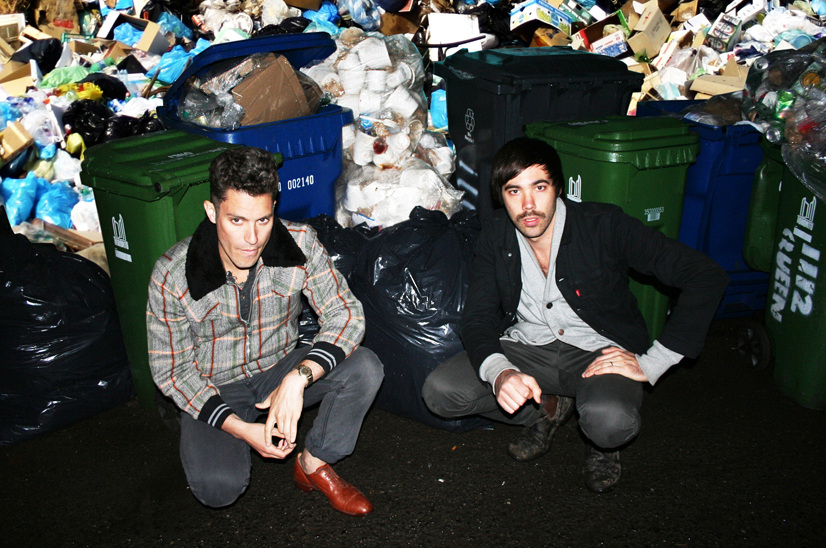 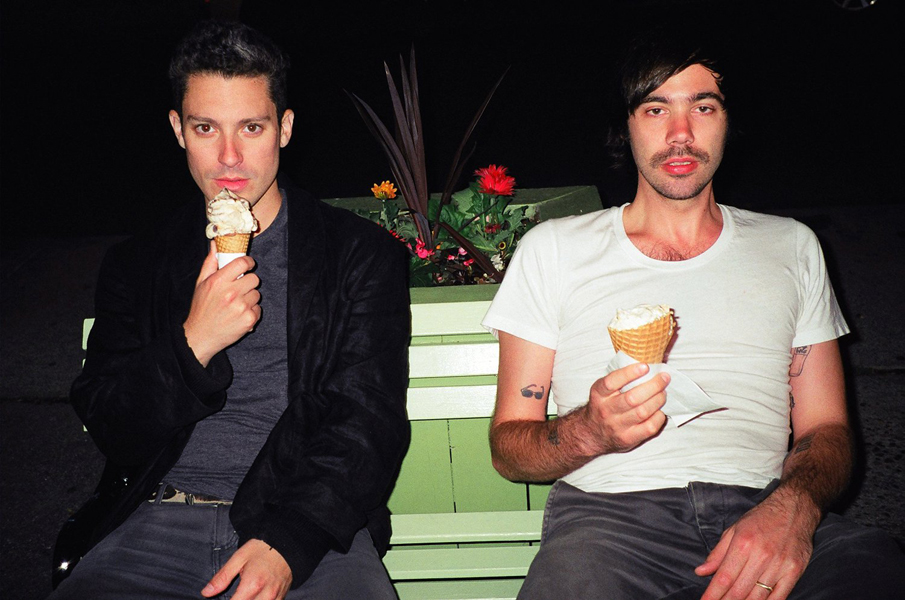 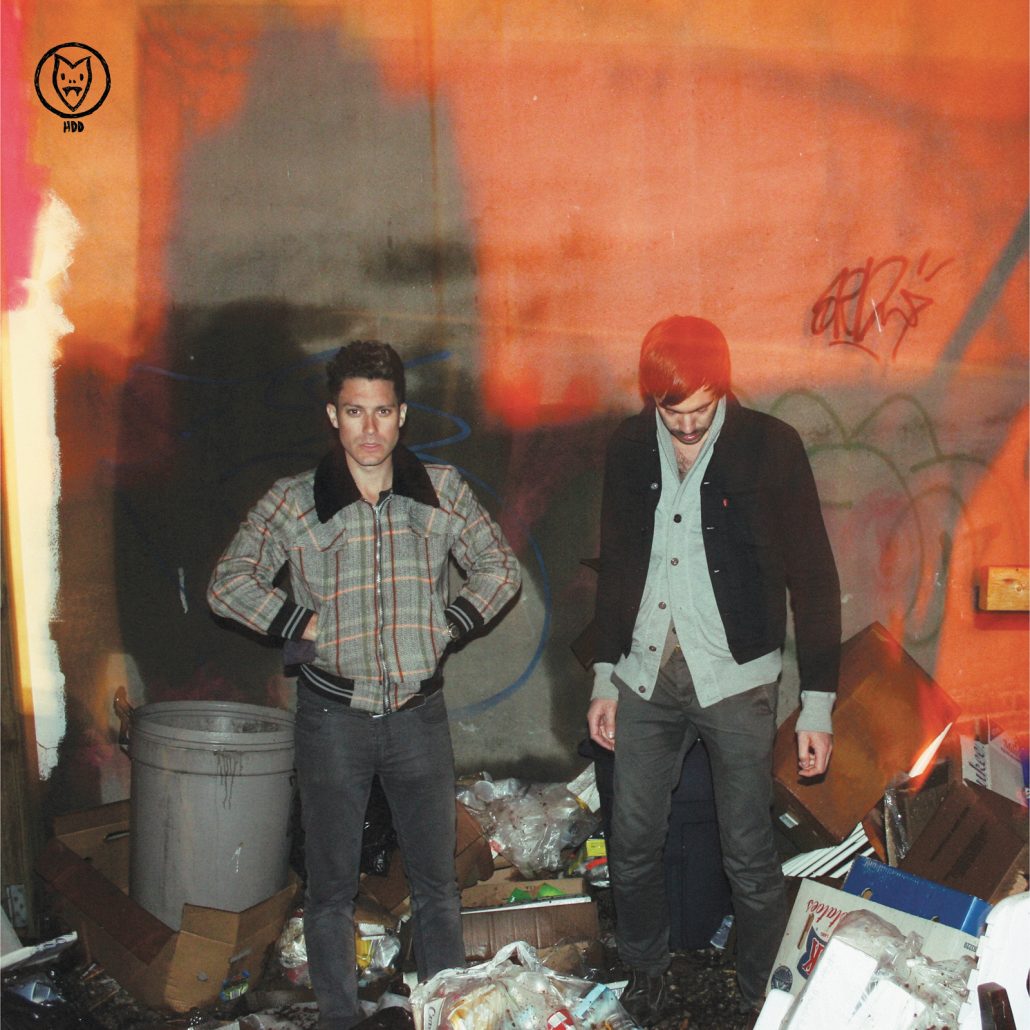 7?
A1. Bankok Hilton
A2. No Skin
B3. Consider Yourself Crazy 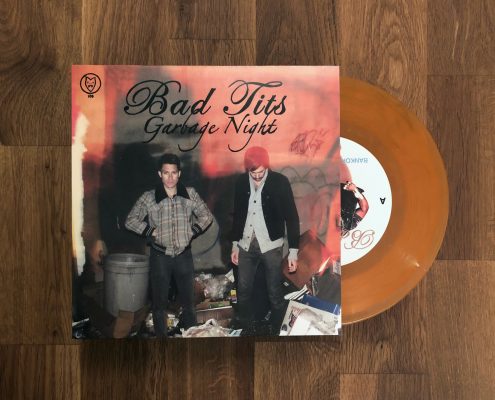 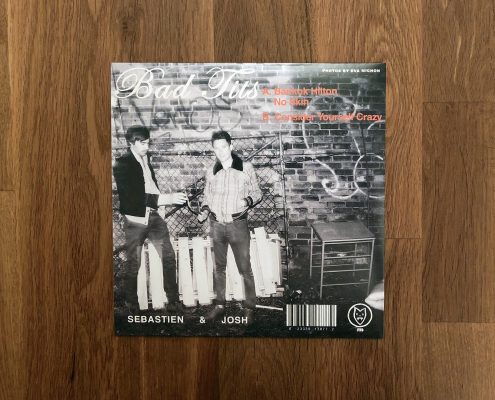 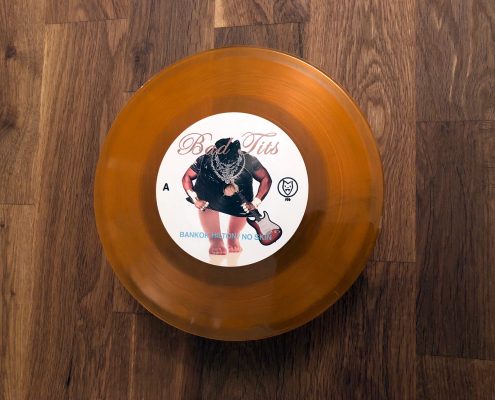 “[Deserts] play unrelenting set at Pop Montreal – they performed one of the best sets I’ve seen in a little while.” – AUX TV

“[Deserts] have a lot going for them; a great label that lets them record whatever they want, a pedigree of awesomeness and probably most importantly to herohill, a love for The Warriors.” – HEROHILL

“[Deserts] have perfected the formula for ichiban most happening soiree, and pretty much spell-it-out for all y’all” – MY OLD KENTUCKY BLOG

“On their first EP, [Deserts] have crafted a sound that’s at once familiar and fresh” – EXCLAIM!