Every band worth sticking with for the long haul sooner or later – preferably sooner – has to hit you with the record that really turns your head, that one album that dashes any and all of your previous expectations to pieces and gets you excited about the myriad potential musical futures to come even while you’re still dizzy with delight in the throes of the present.

For Toronto’s Beliefs, Habitat is that record. Seven years and two well-regarded LPs on from the band’s initial formation during a fit of shared affection between co-founders Jesse Crowe and Josh Korody for the swirling overdrive of ’80s-into-’90s noise-pop, Beliefs is poised to explode most of the … well … beliefs you might already harbour about Beliefs with a third album that completely deconstructs, remakes and remodels its self-conscious “shoegazer” beginnings in pursuit of an unforgiving, uncompromising and now thoroughly unknowable Next Phase.

“I hope that’s the case,” says Crowe. “That’s always how I feel about bands, too – when you listen to something and it seems like it’s leading to a whole other element of a band, when you feel like you’re in the hallway about to open the door to a whole other space that this band is creating. And I hope that that’s what happens with us. We have no real plans at this point. We don’t want to be a ‘shoegaze’ band anymore.”

Not that Beliefs doesn’t stand behind the sound achievements in the realm of artful, more-more-MORE guitar-rock previously realized on 2013’s Self Titled and 2015’s notably more poised Leaper – albums which lent a satisfying, Swervedriver-worthy visceral punch to the layered, loopy loveliness of peak My Bloody Valentine and Yo La Tengo at its artfully singeing/squalling Electr-O-Pura-est – to considerable acclaim and brewing word-of-mouth reputation on both sides of the Atlantic.

After touring Leaper into the ground and maintaining an unimpeachable standard of onstage quality despite near-constant lineup flux throughout the entire album-release cycle – the cost of doing musical business in Toronto, an increasingly unaffordable city where every working musician nowadays needs to juggle about half-a-dozen gigs to make rent – the decision was nevertheless made to retreat into the studio as simply the core lineup of Crowe and Korody and to “go back to doing things as just the two us, strip everything back down and not even think about it as a live project anymore and see what we came up with, and then create a new live project around that.” An abandonment of Beliefs’ previous, studious identity as “a mostly shoegaze band” ensued.

It was the first time in Beliefs’ existence that the two had actually written an album together, “and we wrote 80% of it in a room in four days with no previous material,” says Crowe, who also records from time to time with Praises and YI. “It’s as spontaneous as it can possibly be.”

Habitat was subsequently finished in a grand total of 16 days, with Korody – who’s lately worked behind the boards on smashing records by such fellow Torontonians of note as Dilly Dally and Weaves, as well as playing in Wish, Vallens, Breeze and a heroic number of other acts on the side – serving as producer and engineer, studio multi-tasker Leon Taheny (Austra, Death From Above 1979, Owen Pallett) sitting in as drummer and Holy Fuck’s Graham Walsh giving the whole affair the same sort of bristlingly immediate final mixdown he’s brought to recent albums by Preoccupations, Alvvays and METZ. Crowe didn’t even know the primal vocal takes she’d casually demoed at home on her own were good to go until Korody asked to use them as the “scratch” vocals for the final recorded versions.

There was, thus, no grand design at play in Habitat’s creation. Korody’s increasing dabblings in modular synths, avant-industrial brutalism at the helm of his Nailbiter project and electronic music in general were undoubtedly going to inform the album’s sound (“The man likes to turn a knob, that’s for sure,” laughs Crowe), while Crowe’s headspace at the time of recording found her listening to a lot of ’90s trip-hop and “picking up the bass a lot more than I ever have with Beliefs,” two factors which undoubtedly contributed to a creeping dub influence in the record’s production. Overall, in fact, both of them found themselves gravitating towards unfamiliar instruments and unfamiliar instrumentation during the sessions, as well as a jam-based process of creation less beholden to traditional verse/chorus/verse structures. And going dark. Way darker than Beliefs, never a terribly sunshine-y proposition to begin with, has gone before.

“It’s a dark record, for sure,” affirms Crowe. “I feel like we were drawing a lot more from, like, me being a Goth teenager and Josh only wanting to listen to Aphex Twin and me only wanting to listen to Portishead’s Third for the last year and stuff like that. But also it was time to embody the elements of being a ‘wall-of-sound’ band with some space and the idea of being able to be quiet when you should be quiet, and you can’t do that with three guitars. There’s no space. It just becomes all push and no pull.”

The results speak for themselves: “1994,” a sorta-sequel to Leaper’s “1992,” is an ominously dreamy post-punk invitation to the moody proceedings to come ghosted by sickly synth washes that require headphones for full effect; “Retreat (Light the Fire)” fades in on twitchy beats with a medicated drone that recalls Broadcast at its haziest; “Divided Youth (Only Lovers)” is deliberate, slo-mo menace that suggests Mazzy Star beamed in from the tomb; “Comb” is a robo-industrial gnaw straight into your face; the death-disco whomp of “Faulty” and the deeper, deeper, deeper still “Anti” bring barbed-wire kisses of pure white noise; and “Catholic Guilt” and “Shadow of the Son” creep with the same brittle, crusty portent of the nether regions Joy Division’s Closer fused to the electro-psychedelic aura of early Bowery Electric. Habitat’s shattering centerpiece “All Things Considered,” meanwhile, smashes a massive, dirty, fuzzed-out bass riff into a lithe gloom-pop glide that proves Beliefs can still stick to a genuine, stick-to-your-ears melody when it wants to.

None of it adheres remotely to any sort of formula Beliefs might have observed in the past. So, yeah, Beliefs has made that album. Maybe they haven’t made their Kid A or their London Calling or their Achtung Baby yet, but Habitat is a teardown that takes decisive steps towards the definitive statement that awaits. Some fans might be mystified, but that’s all part of the process.

“It really feels like that type of record. When we were finished it, we were definitely, like, ‘I don’t even know if anyone’s gonna like it,’” says Crowe. “Who fucking knows? But we really liked it. It was a lot of work to let go of the idea of things being ‘polished’ or ‘finished’ and just being, like, ‘This feels like how we want it to feel so it must be done.’ Instead of labouring over it and tinkering with it and that kind of thing, we really did just allow it to be finished very, very quickly and sit where it’s at.

“We realized we don’t have to be ‘this’ kind of band. You just always hope that that lands well, right? Not that you’re making music for other people or making music specifically for your fans or for publications or whatever, but you still hope that your record where everything changes is not the record where everyone goes ‘Meh, I wish they were still doing what they were doing before.’ It’s such a gamble but you have to take it or otherwise you’re boring.”

So what comes next?

Bring it. We’ll be waiting.

BEST LPs OF 2017 – “Loud and abrasive yet exquisitely dreamy in places. It’s a fine body of work that deserves to be heard with the volume turned up as high as it can go” – DROWNED IN SOUND

“the seductive new song does a dazzling job of setting steely, urban structures with a sensuality typically reserved for flesh and blood – If “1994’ is any indication, the new LP figures to augment the feathery, shoegazey dream pop of their past with stark, stylish post-punk.” – BILLBOARD

Favourite acts at The Great Escape 2017 – “a compelling concoction of cataclysmically combustive yet cleverly nuanced noise that could just as easily play a supporting role on the next Oathbreaker tour as it could a headline run by Interpol.” – THE QUIETUS

“Prepare to get hooked on the glistening new album from fuzzy dream-pop band, Beliefs” – DAZED 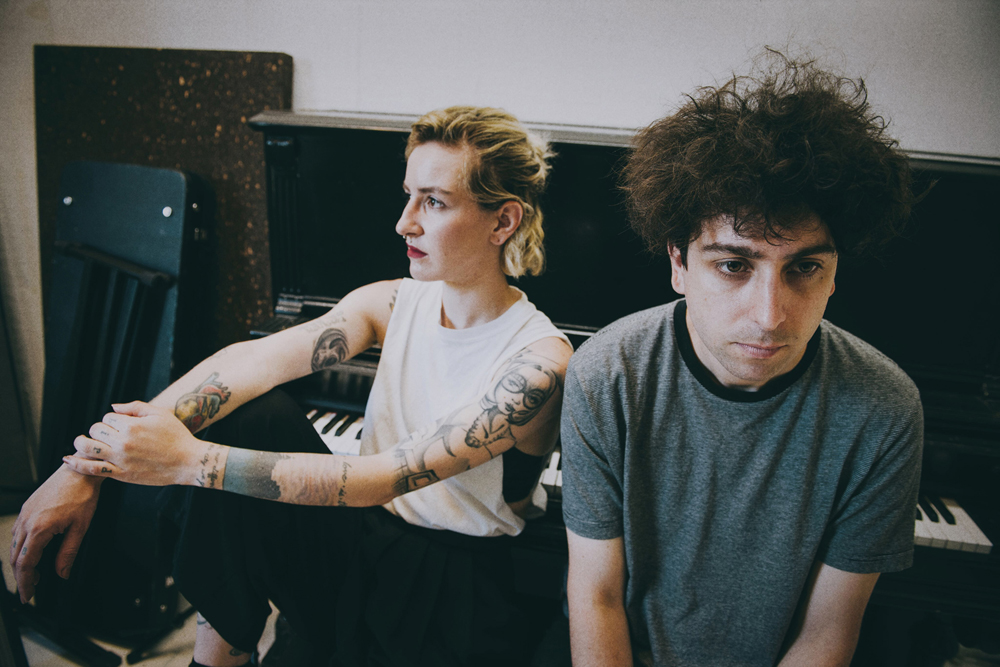 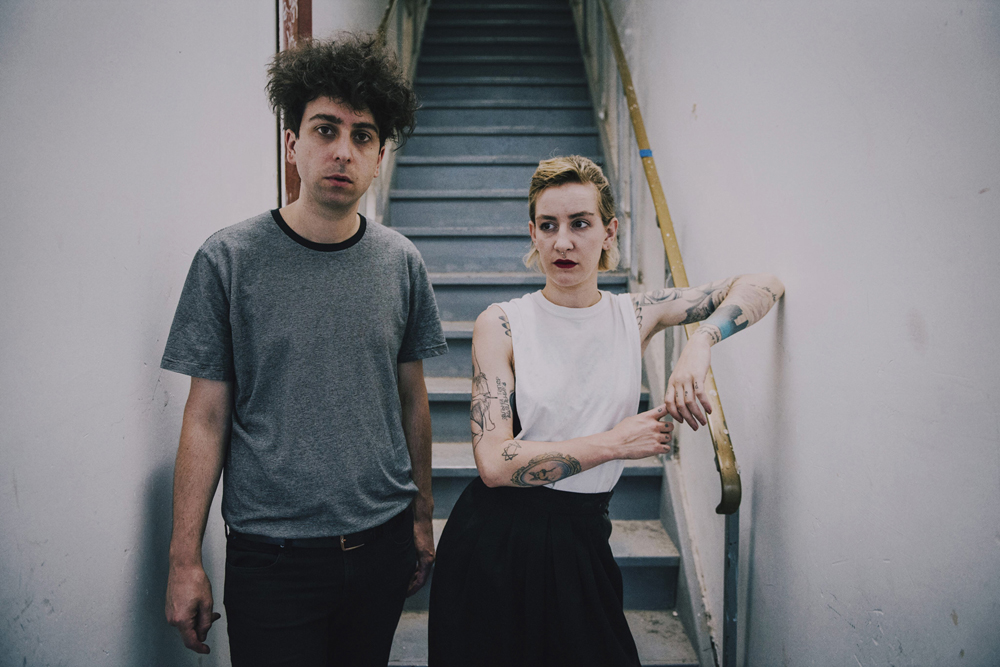 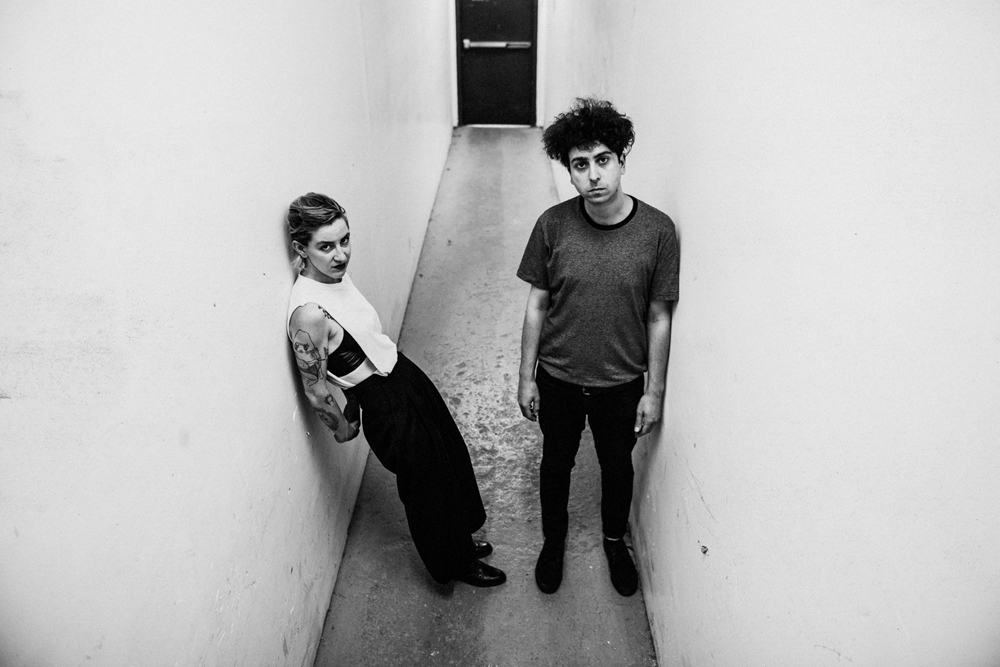 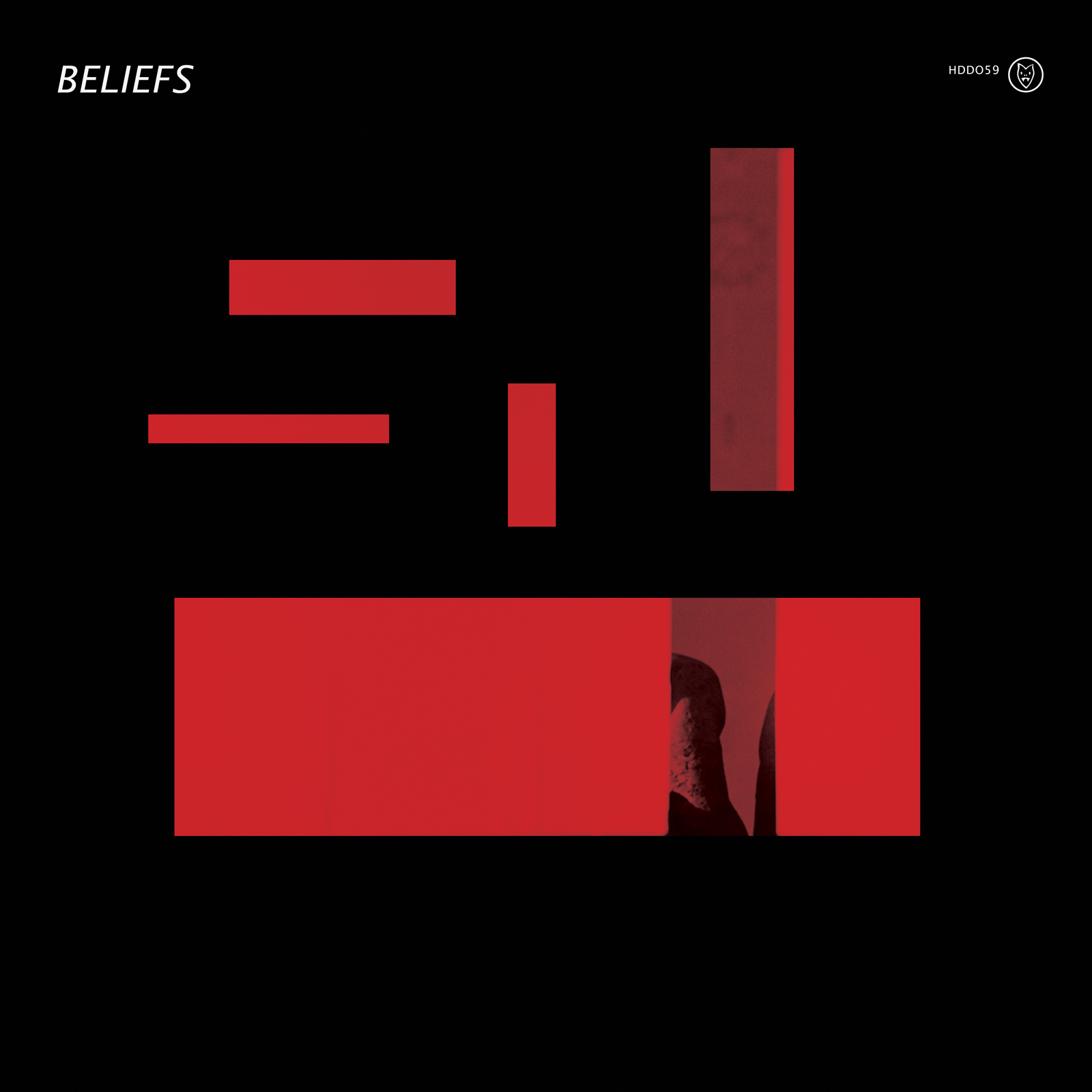 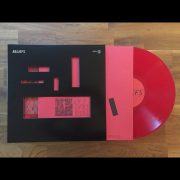 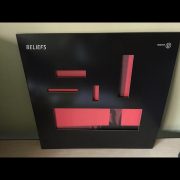 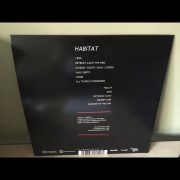 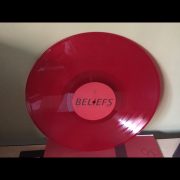 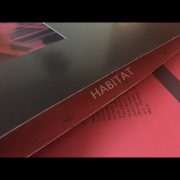 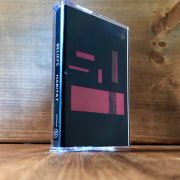 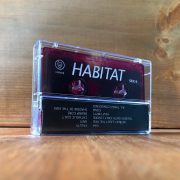 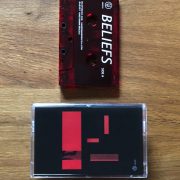 “an accomplished exploration into darker, grittier sounds and looser structures – [Beliefs] has locked into something exciting” – EARMILK

“their most vital, present and thrilling record yet” – 9/10 EXCLAIM!

“their most confident vocal performances – and most arresting experimentation” – NOW 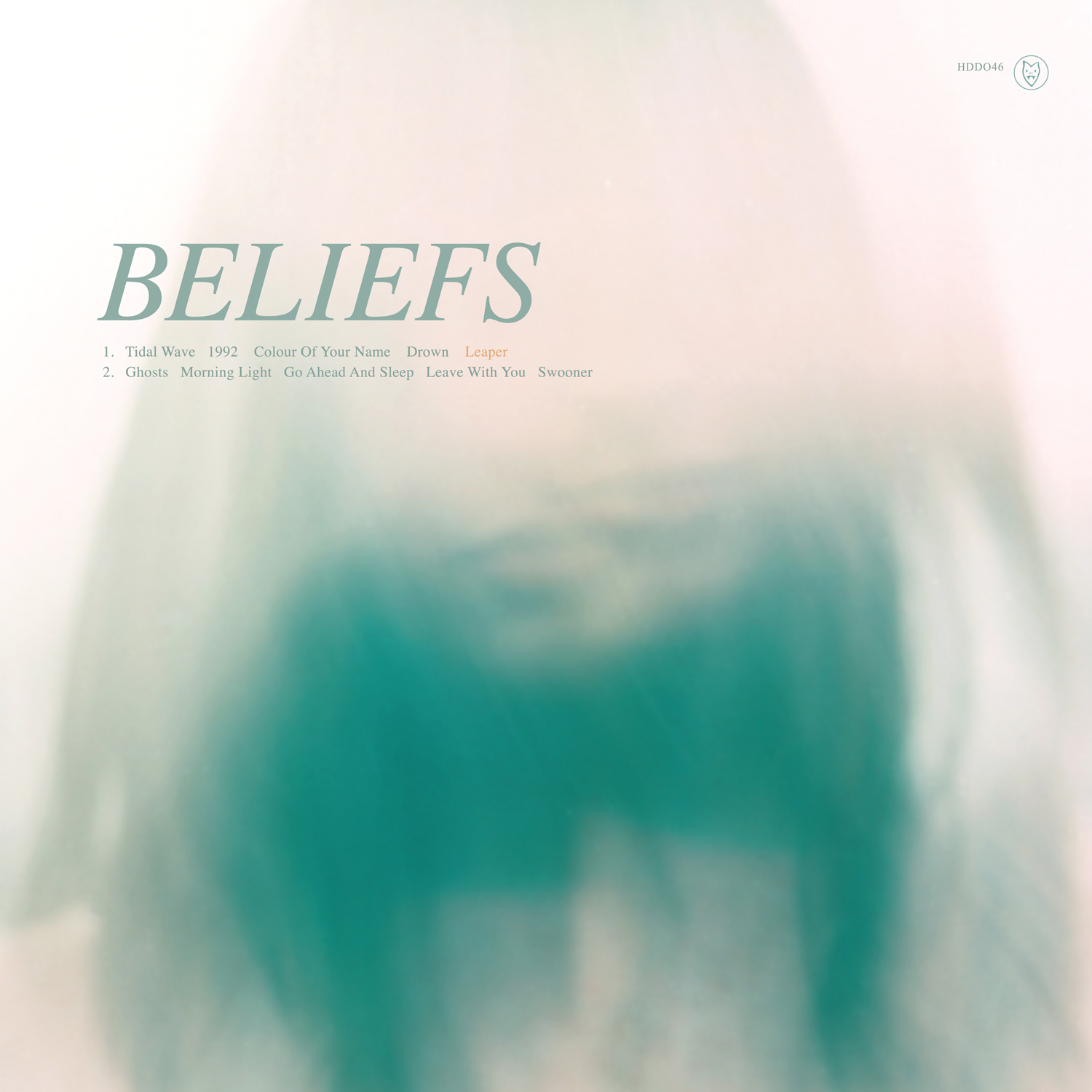 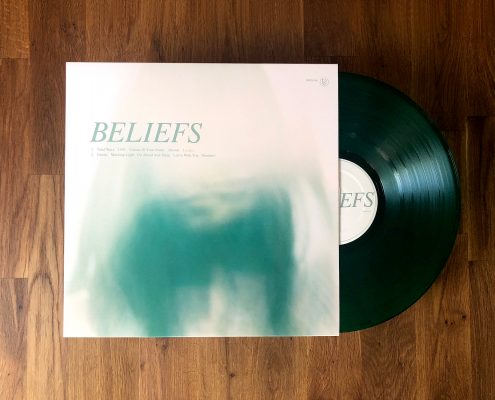 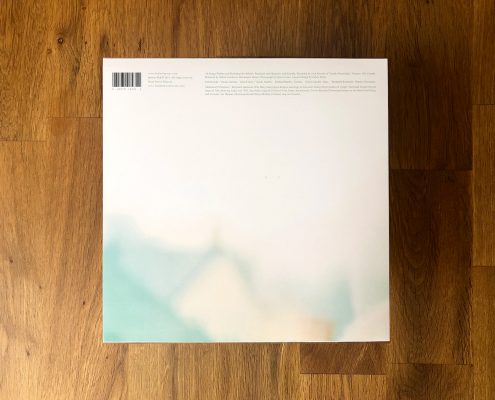 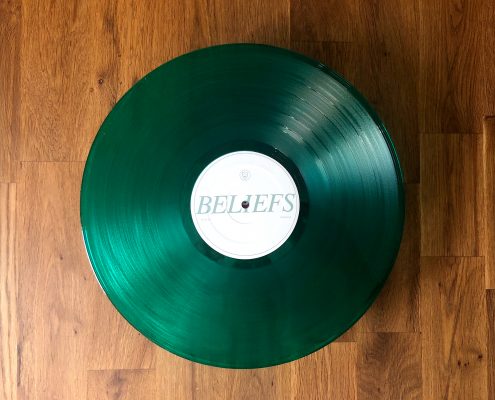 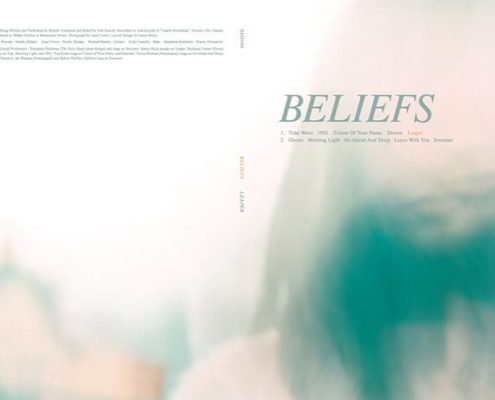 “Shoegaze is alive and well with Canadian band Beliefs – the band push through the shimmering washes of reverb with their
guy/girl harmonies, setting off a swoon with Kevin Shields-influenced guitar effects” – KEXP SONG OF THE DAY

“25 years from now, when “dream pop” returns from a number of years of exile, it may very be records like Leaper that inspire
the next generation of shoe-gazers” – KCRW

“Leaper ~ a ten track killer that creates a landscape of strange disassociation from everything around.” – NOISEY 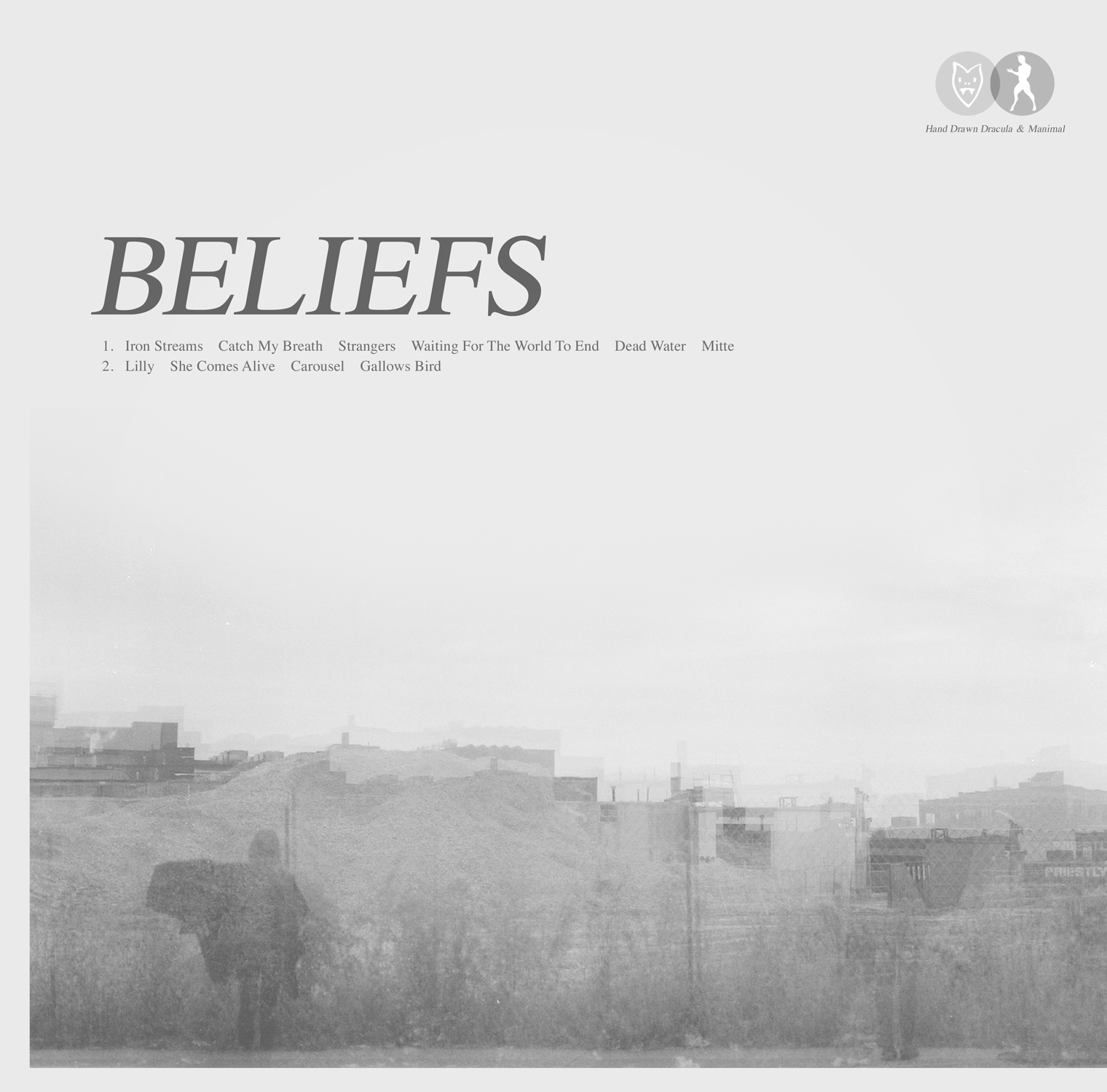 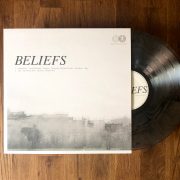 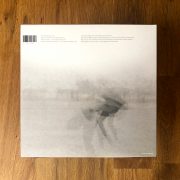 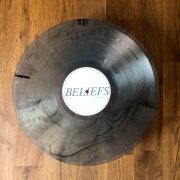 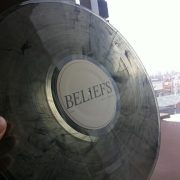 “Catch My Breath” – GORILLA VS BEAR

“The album will please fuzz-lovers with distortion-filled amp-melters like “Catch My Breath,” while seven-and-a-half minute closer “Gallows Bird” begins with contemplative arpeggios before exploding into a cinematic epic” – EXCLAIM!

“GET THERE”, an outtake from the LEAPER recording sessions, features vocals by fellow Toronto musician Jonathan Rogers (Elsa, The Seams), and describes “a road trip that feel like it will never end, running from your life and having no idea where you’re going.” – Jesse Crowe.

“Beliefs Share “Get There,” A Lucid Shoegazing Odyssey – the sensation of getting lost in a current, the kind of zoning out commonly associated with this kind of shoegaze. But the propulsion driving it is benevolent and calming” – FADER

“Get There is a starry collaboration between them and fellow Toronto band Elsa’s Jonathan Rogers, and it makes it sound like life’s all about the journey.” – STEREOGUM 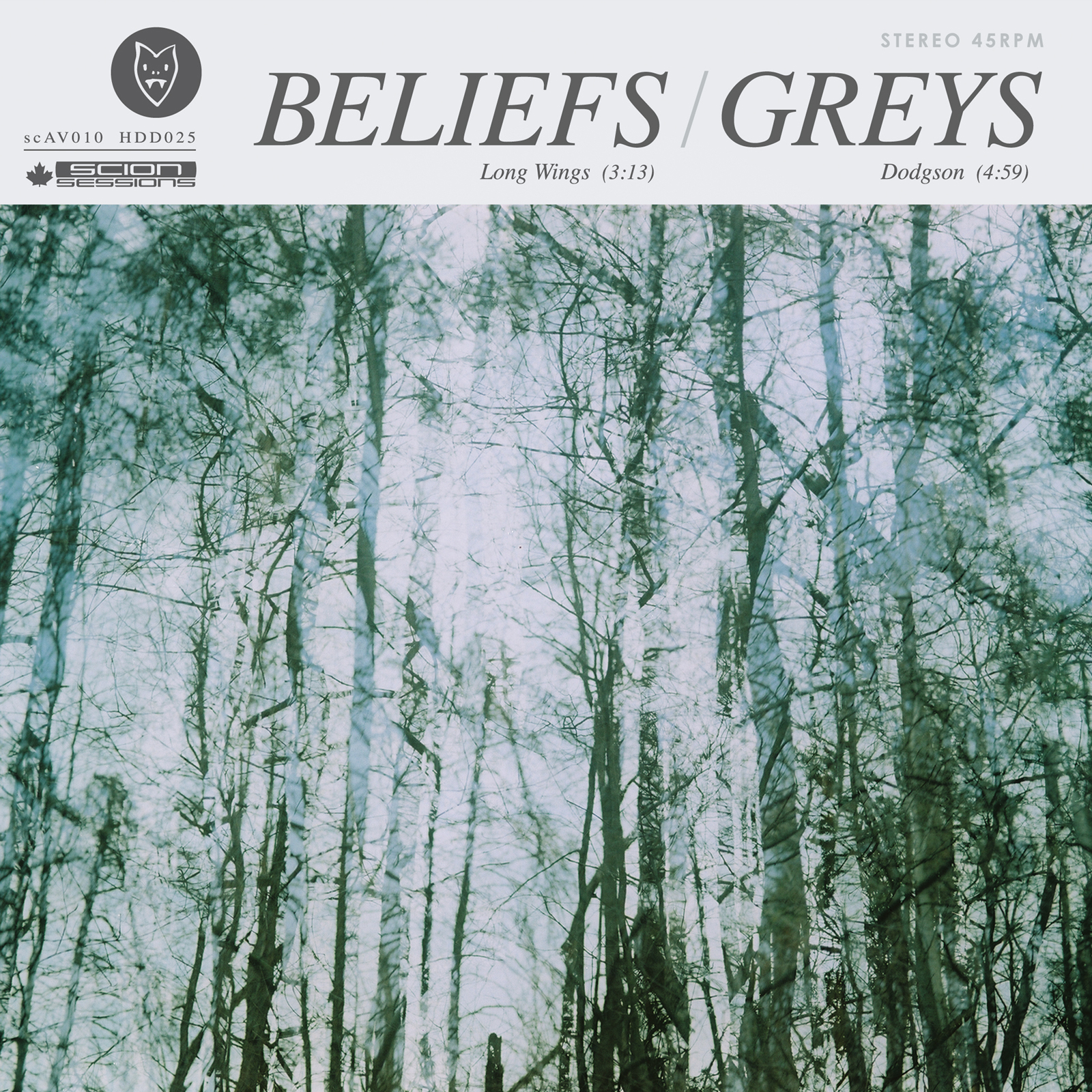 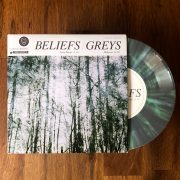 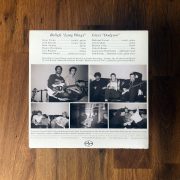 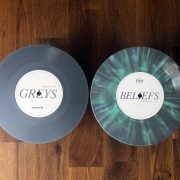 “Greys’ “Dodgson,” is much shoegazier than their usual noise punk stuff, which makes it fit in great with Beliefs’ contribution, “Long Wings” – BROOKLYN VEGAN 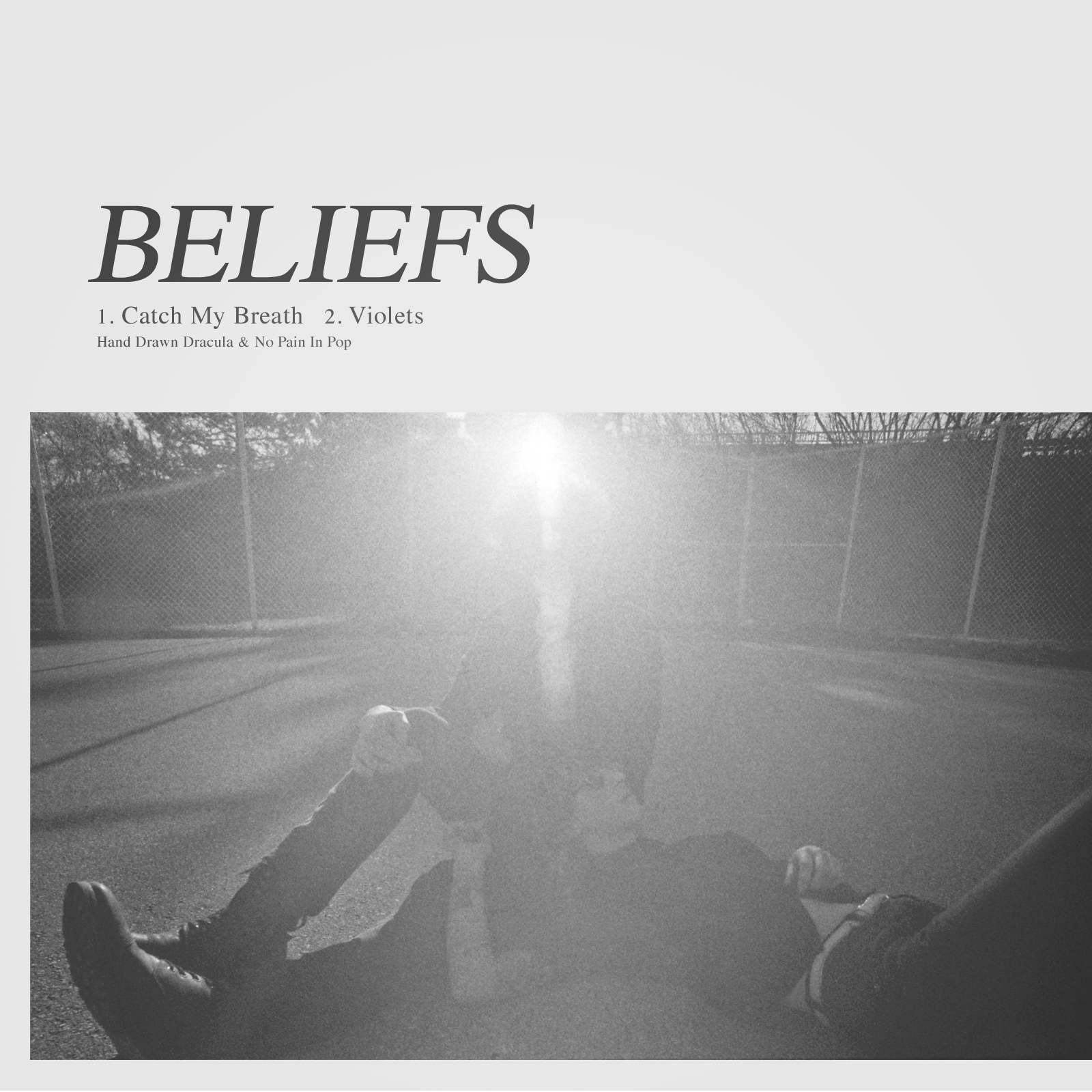 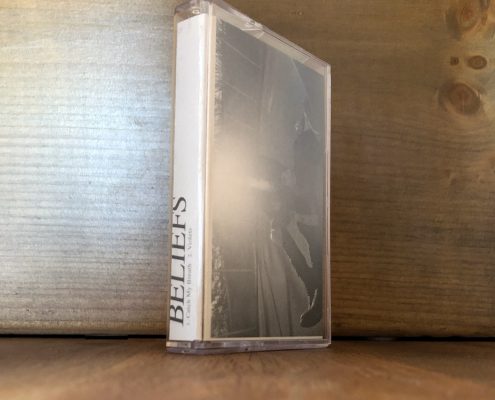 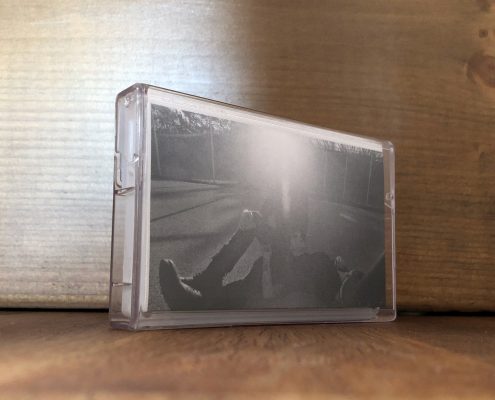 “Catch My Breath” – GORILLA VS BEAR