BRIAN BORCHERDT began playing music in rural Nova Scotia where he founded the not-for-profit collaborative label, Dependent Music. After a few years with Canadian indie pioneers BY DIVINE RIGHT, Brian went off on his own to pursue two projects: the world touring, Polaris / Juno nominated HOLY FUCK as well as his own solo career.

Brian’s side project, Holy Fuck, has become recognized across continents as being one of Canada’s influential alt-electronic bands with fans such as Lou Reed, Michael Stipe and Radiohead. While Brian’s solo career is worlds apart from the experimental Holy Fuck; both show a bold focus… where Holy Fuck is uncompromising in its weirdo beat driven noise, his solo work is uncompromising in its sparse and moody aesthetic.

Coyotes was recorded by long time friend Jose Contreras of BY DIVINE RIGHT. While on a break from HOLY FUCK‘s tour schedule Brian performed a handful of recently written songs in Jose’s living room. Most of the final selections were first takes. Little else was added to the guitar and vocal, maintaining the songs’ intimate and delicate atmosphere. The album’s textural paper sleeve features artwork by James Mejia, perfectly complimenting the haunting tone of these seven songs.

“Treasure of a record, the anti-thesis of Holy Fuck’s instrumental freak-outs. The most intimate of his personal recordings yet… Not so much haunting as haunted, these seven songs demand you lean in closer. 4/5” – EYE MAGAZINE

“The simplest emotions hit the hardest, and Brian is able to deliver those emotions with only a few well placed strums and fret board squeaks. For such a stripped down effort, I find it remarkably easy to lose myself in dark beauty of Coyotes.” – HEROHILL

/ While I was Asleep
/ Scout Leader
/ Coyotes (LIVE) 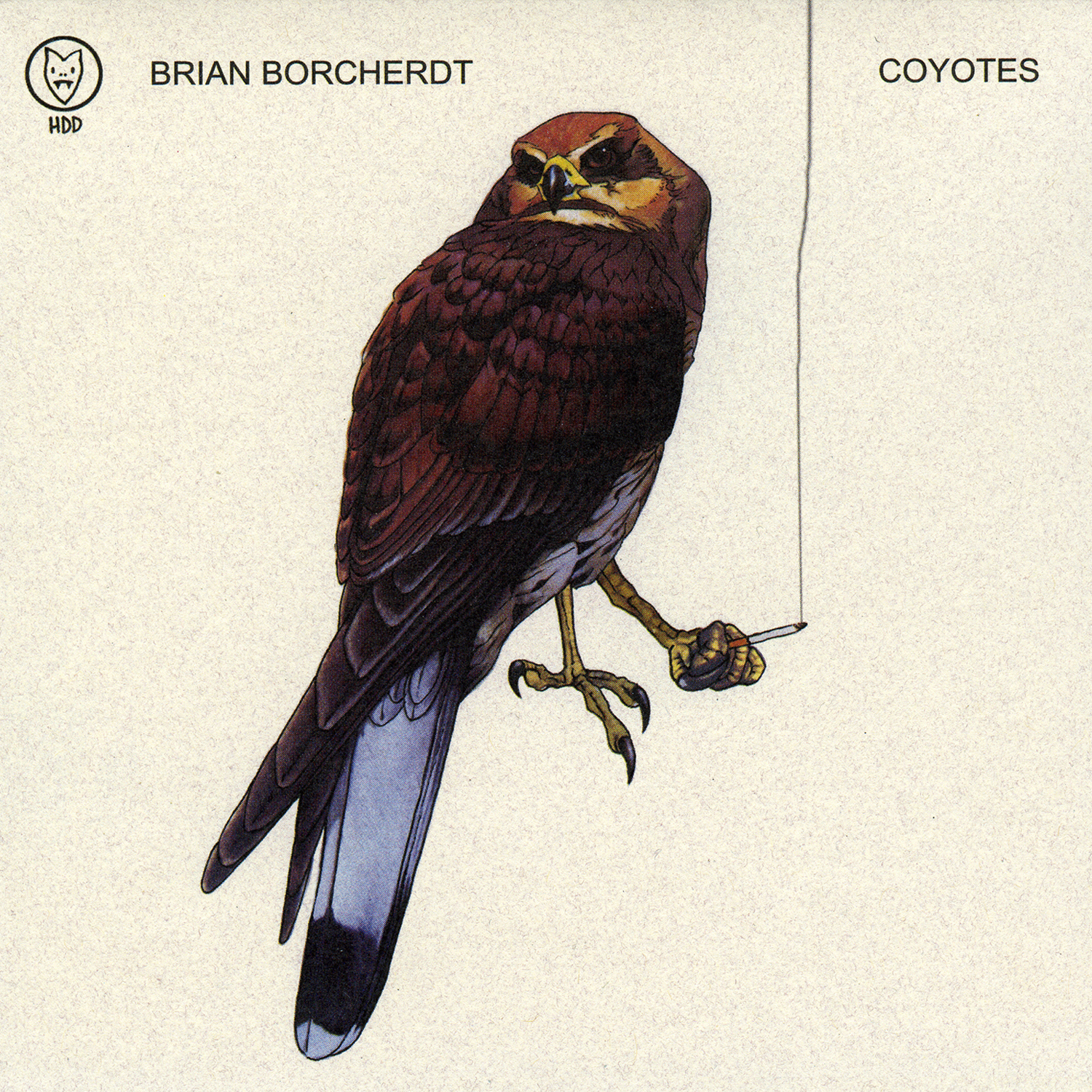 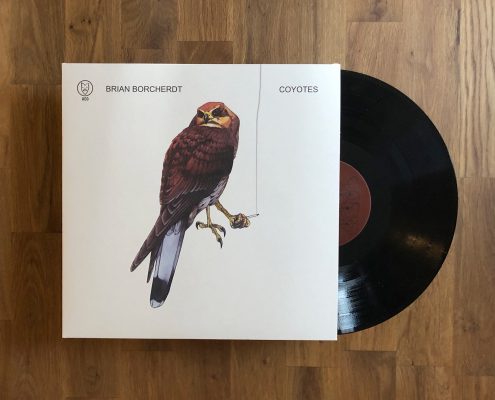 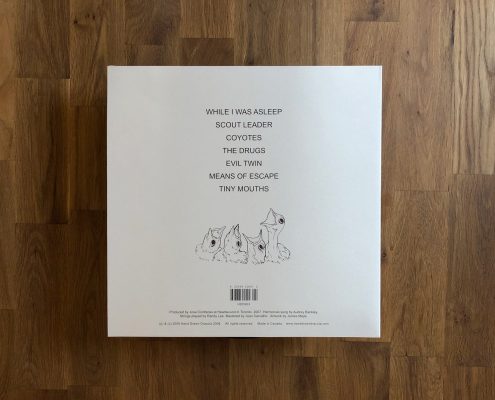 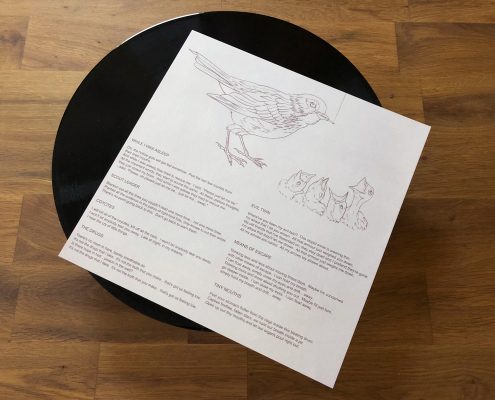 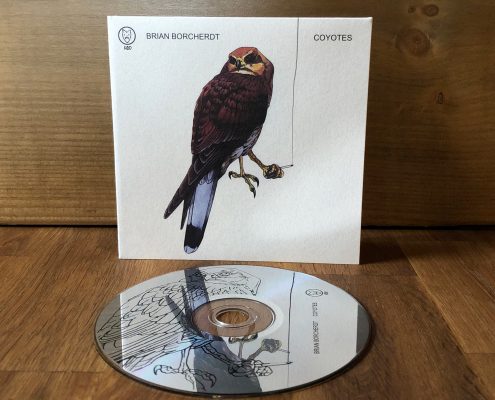 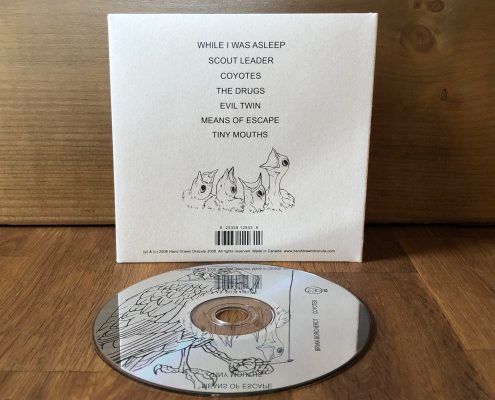 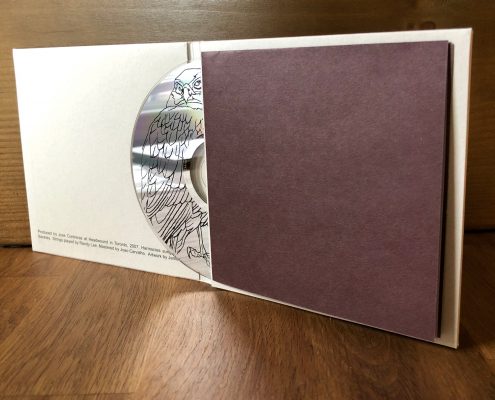 “Please enjoy the experience of this album at some point in your life, it is a Slowcoustic all time best album.  #1 pick for best/favourite album of 2008.” – SLOWCOUSTIC

“folk songs that are visceral on a whole other level – as if Elliott Smith regained his voice via Neil Young’s Dead Man.” – EXCLAIM!

“Strummed and sung in a Hayden-like hush that creates tension through staying restrained, a private, heart-on-sleeve candor that needs the security blanket only headphones can provide to quell the self-consciousness of listening in the presence of others.” – SOUNDSCAPES 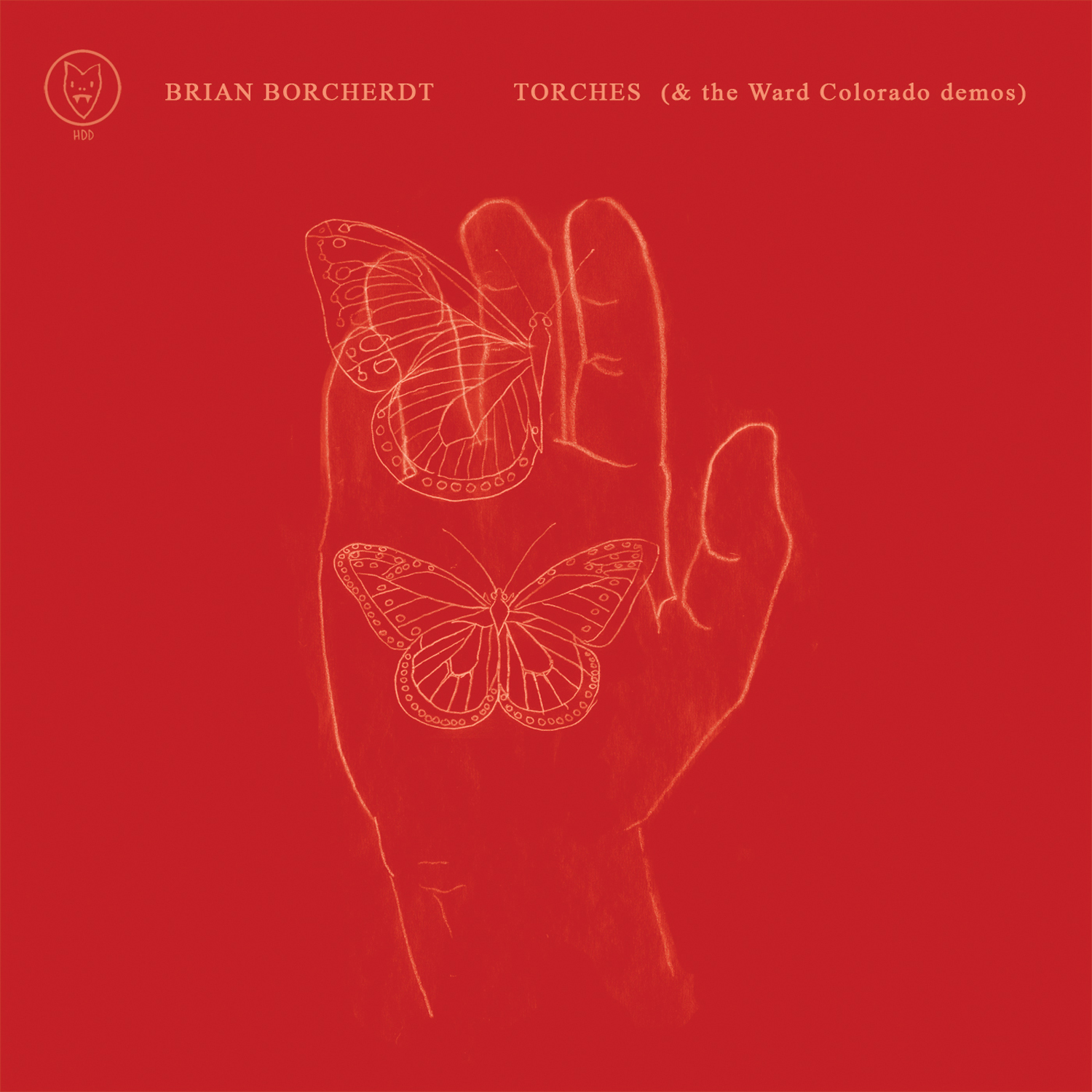 The first day of 2009 nearly marked the end for Torches. Following a Chicago New Years performance, a taxi cab rushed off with just about every piece of Brian’s recent recorded life locked in the trunk. His lesson learned: You can only hold onto something for so long. Time, and the occasional misstep, have a way of making things disappear. Upon the return of his belongings a tormented two weeks later, Brian decided to follow that sage happening, and finally release this collection of songs. To keep with their intended spirit he decided to release them for free online. Hand Drawn Dracula is pleased to bring you ‘Torches (& the Ward Colorado demos)’, an intimate collection of songs, almost never released, by one of Canada’s most devoted cultural navigators. They are finally out of his hands so that they may find their way into yours. 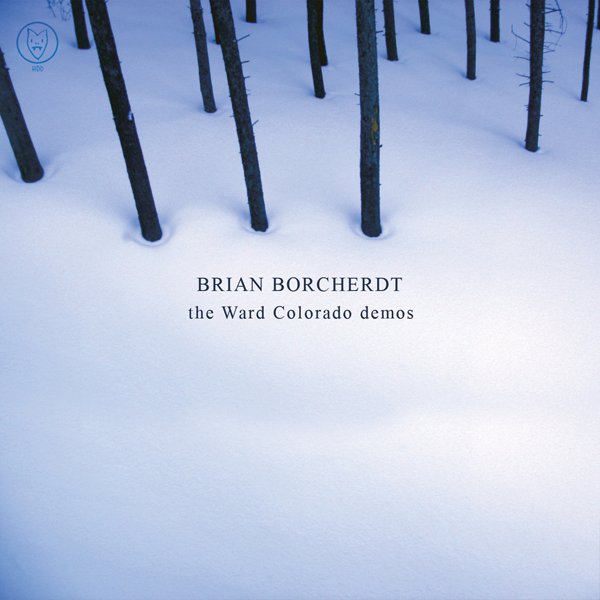 “Borcherdt is a songwriting God; in an instant you’ll find his soft, simple and sympathetic songs encouraging your heart to set out on a wild, emotional trek.” – INDIE FILES

“Torches is the perfect company for the looming grip of winter reflection. A late, dark musical highlight for 2009.” – TORONTOIST

“excited is an understatement” – SLOWCOUSTIC

“an absolute must” – BLOG TO