JULIE FADER is a singer/songwriter who welcomes the chance to comfort you. She will tell it like it is, plainly but not painlessly. Everything will be ok. This long awaited solo effort from one of Canada’s most dedicated musicians plays like an audio journal. Love on the verge of being lost, the blessing and curse of the information age, and the struggles associated with loneliness all demonstrate the pain that is sometimes necessary in finding solace. Outside In is a sonically gorgeous, multi-layered record full of warm textures and heartfelt sentiment.

While not on tour or exhibiting as a visual artist, she used the downtime to record her own songs, enlisting the help of some of her talented friends. Chad VanGaalen, Tony Dekker (Great Lake Swimmers), BRIAN BORCHERDT (Holy Fuck), Sarah Harmer, and Justin Rutledge all contributed vocals. Pete Hall (A Northern Chorus) played drums, guitar and lap steel. Erik Arnesen (Great Lake Swimmers) played banjo. Erin Aurich (Hey Rosetta!) played violin. Dean Stone (Apostle of Hustle) and Daniel Romano (Attack In Black) played drums. Outside In was recorded and produced by Graham Walsh of HOLY FUCK (who provided much of the albums instrumentation) in Fader’s home, various Toronto locations, and at Dave King’s Barn in Caistor Centre, Ontario.

A multi-instrumentalist, Julie Fader plays guitar, wurlitzer, flute and melodica. In addition to being a touring member of the Sarah Harmer band, her contributions were featured on both the Juno and Polaris nominated albums I’m A Mountain, & Oh Little Fire. She was a member of Great Lake Swimmers, touring the band’s releases, Ongiara, The Legion Sessions, and the Polaris nominated release Lost Channels. Julie appears on Chad VanGaalen’s Soft Airplane, singing on the CBC favourite Willow Tree, Attack In Black’s Years (By One Thousand Fingertips), and Juno nominated albums The Things We Left Behind by Blue Rodeo, and Early Widows by Justin Rutledge. Julie has been invited to perform alongside such artists as Justin Rutledge, Greg Keelor, Sunbear, Cuff the Duke, Sharon VanEtten, Bruce Cockburn, Hayden, and Feist.

Outside In cd assembled by hand and printed on uncoated 18pt 100% Recycled C1S paperboard. Dot series painting and hand writing by Julie. Package design and illustration by James Mejia.

“Julie Fader is probably best known as back-up singer to the indie stars… but it’s that golden voice of hers that really elevates whomever she’s playing with.” – CBC RADIO3

“Live, Fader’s beguiling voice and finely chosen musical textures have struck every kind of crowd dumb, suddenly held in the sway of her siren songs.” – EXCLAIM!

“an underrated gem” – NO DEPRESSION 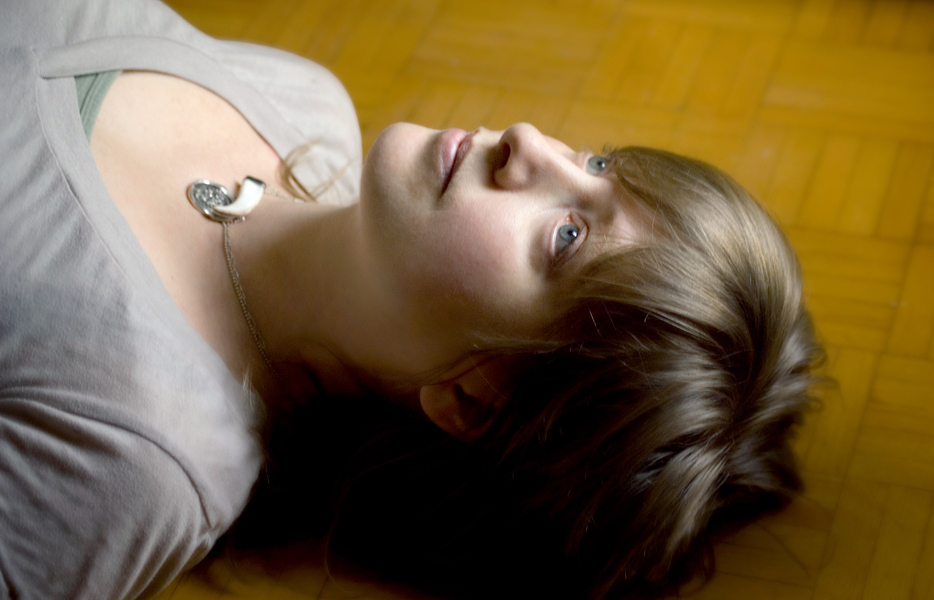 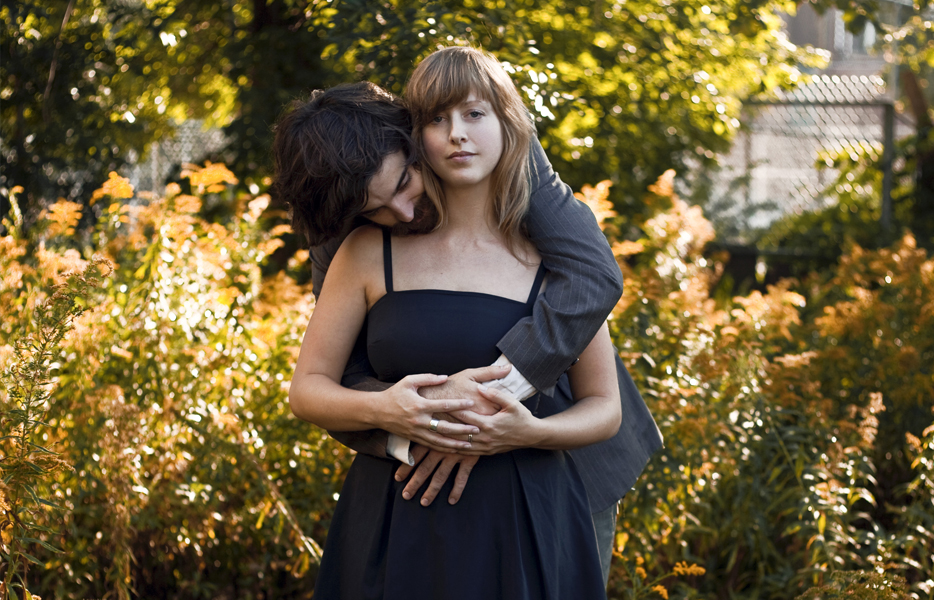 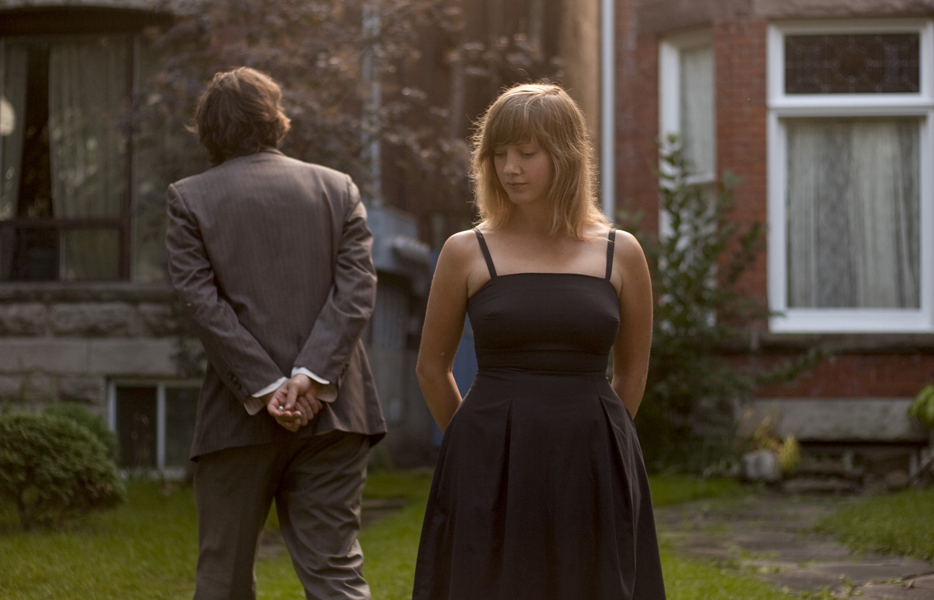 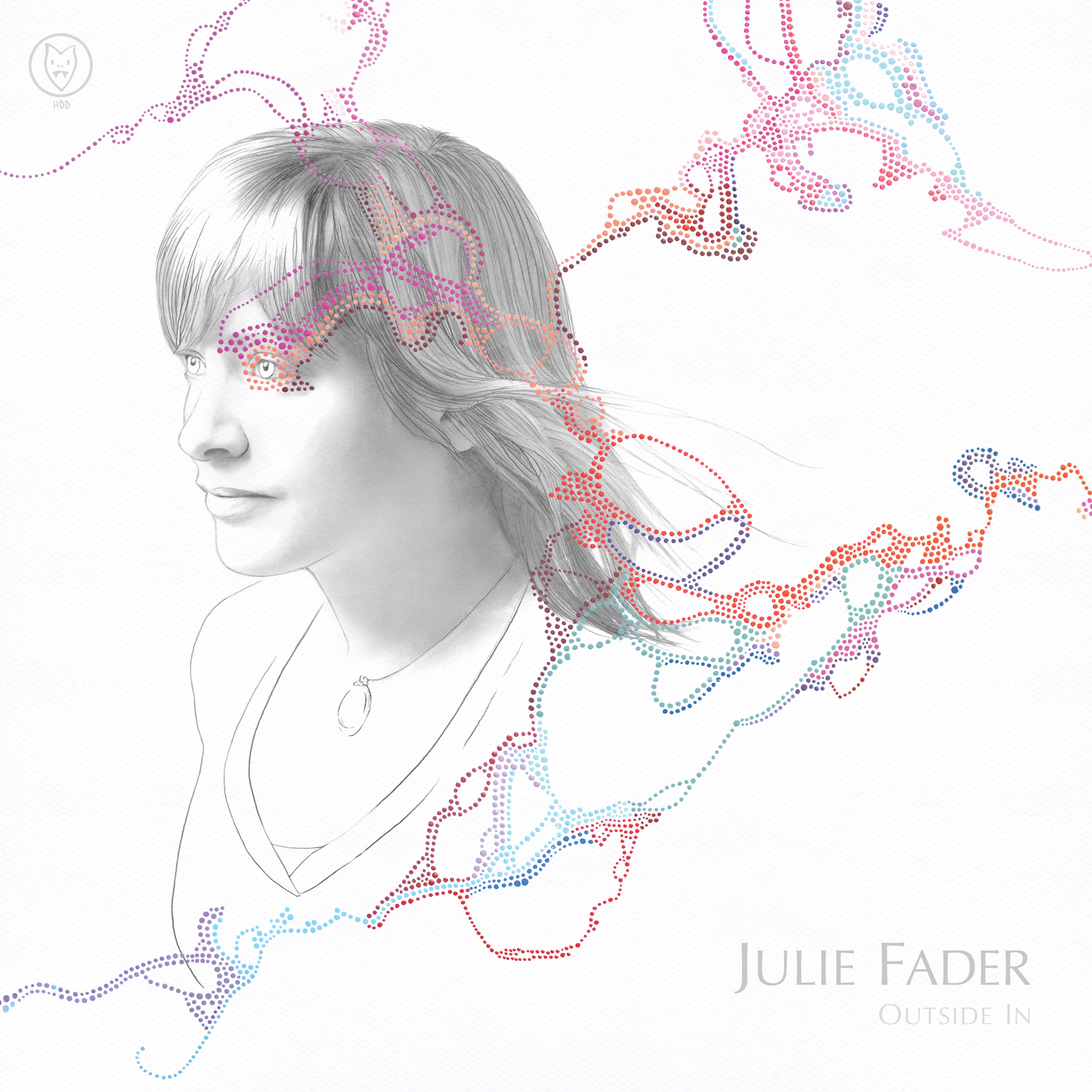 JULIE FADER
OUTSIDE IN 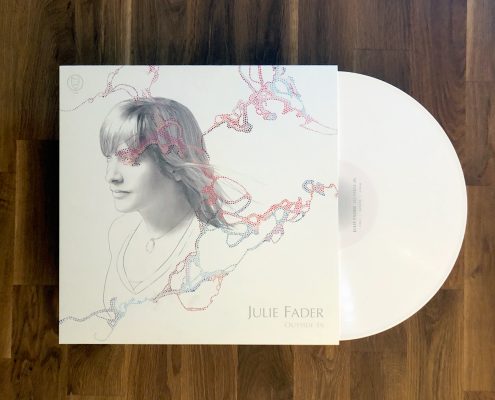 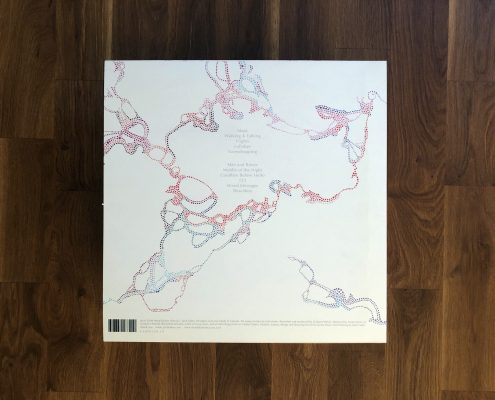 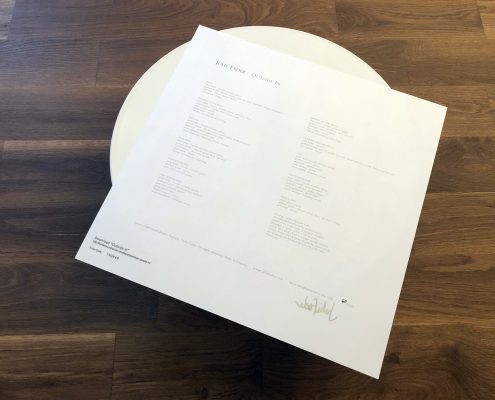 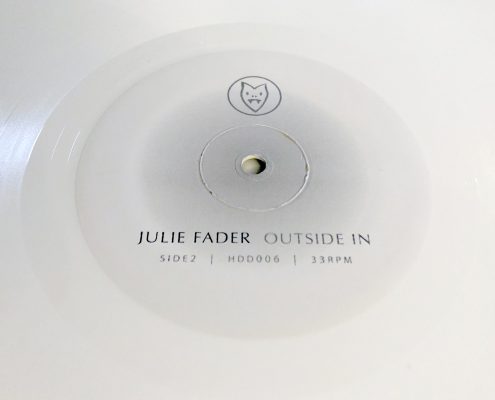 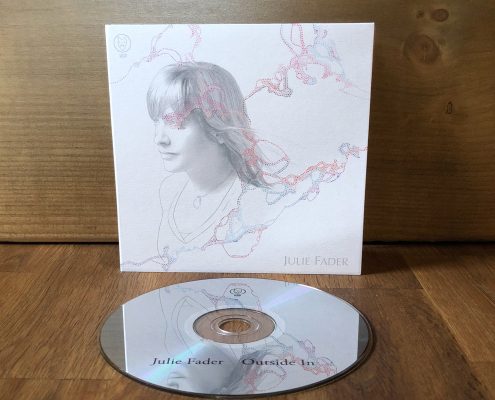 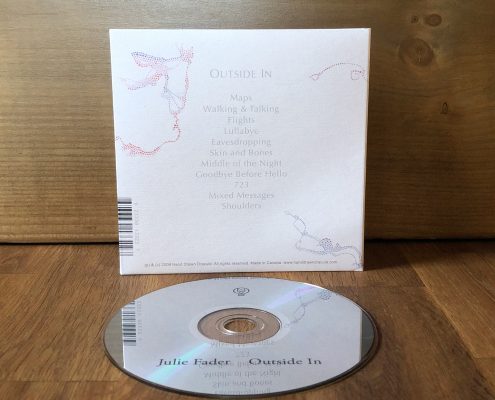 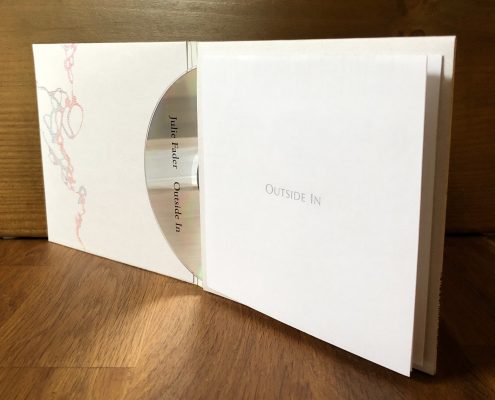 “Outside In is a gorgeous, dream-like soundscape of acoustic ballads and honest, simplistic numbers that are guided by splashes of violins, flutes and Wurlitzer that will melt your heart. Fader is truly a national treasure.” – TV GUIDE

Favorites of 2009: Julie Fader – Outside In “her unique talents – a voice as pure as fresh snow, top notch flute and Wurlitzer skills and a penchant for the melodica – keep this young artist in high demand, and she’s yet to disappoint. Fader is so honest in her approach that even the saddest thoughts are given the gentlest, warmest touch to help them feel human” – HEROHILL