Genesis P-Orridge and Kathy Acker believed William Burroughs to be a vibrant beam of clarity. P-Orridge, a disciple of Bouroughs, referred to “The Discipline of D.E. as a smooth hand of magic”. Romy Lightman of Tasseomancy stumbled upon the Discipline of D.E. (Do Easy), a short story outlining a-don’t-bust-a-gut Buddhist philosophy and “like a gentle old cop making a soft arrest”, she was deeply touched and set out to find the easy way.

For the seasoned loners, stoners, and lackadaisically laid, Do Easy was written as a dead-beat anthem for a generation who was told that anything is possible after the possibility slows. Written in both Toronto and Montreal, Do Easy was created as a lamp shade of hope; of soft survivalism. Serene, strange and magnetically sung, it’s an album that honours its free-thinking forebears without being weighed down by them, creating immersive worlds of loving allusion.

Soft synths and crystalline harmonies merge hypnotically on ‘Dead Can Dance and Neil Young’, an invitation to “fade into folk song”. If folk song this is, it’s folk of great idiosyncrasy, where vocoded chorales provide atmospheric shading and alto-saxophones drift like cigarette smoke from a David Lynch dream-film. Between the new age synth of “Claudine & Annie”, ambient swoon of “29 Palms”, Kate Bush-like prog-psych of “Missoula” and gently lapping title-track, “Do Easy” plays like pop from a parallel world.

Sisters Sari and Romy Lightman are former members of queer cold-wave band, Austra. Channelling their former forays in psychedelic folk into a kind of lushly accessible, warmly experimental dream-pop along with bandmates Johnny Spence and Evan Cartwright, they explore manipulated sounds, all with mood in mind. Assisted by friends Brodie West (alto-sax), Ryan Driver (flute), Simone Schmidt (voice of a young Neil Young) and Alex Cowan (Blue Hawaii) that exploration reaches full bloom on Do Easy, the sound of a band hitting their richly imagined, luxuriously executed stride. And, wealth of evocative references included, making it all sound easy.

“Oracular chants drowse on the edge of visionary rapture, while the title track seems to have found its own cosmic portal, sounds of sea, saxophone and steel drums creating a kind of tropical Avolon, a beach party hosted by Bat For Lashes and Let’s Eat Grandma… Irresistible.” – 4/5 MOJO

“Exquisite…. On their sumptuous third album they situate their voices on a pillowy bed of experimental pop, freak folk and, best of all, the sax-enhanced exotica of the title track.” – 8/10 UNCUT

“Everything feels effortless on Tasseomancy’s third LP. This is a record of shades & shifting colours & a warm, graceful luxuriousness.” – 4/5 DIY

“Equally in thrall to early Kate Busy and Twin Peaks composer Angelo Badalamenti, this is dream-pop keen to tune into the otherworldly.” – Q

“Easily the finest work of art to come out of Canada all year… Do Easy is a beautiful, big-sounding lesson in how to do witty, wise, lyrical dream-pop with the sort pf perfection that the genre deserves.” – MONOCLE

“A languid and mystical form of baroque folk pop that alternates between seducing and confounding the listener. Missoula resembles Jonna Newsom performing at David Lynch’s Club Silencio… Hypnotic.” – THE GUARDIAN

“hypnotic rhythms with jazz brass and Bon Iver-y vocals – creeps and slinks, with bursts of colour peppering the shadowy bones of the song – noises swoop in and out of earshot, never lingering long enough to clutter the atmosphere” – THE LINE OF BEST FIT

“Influenced by everything from Margaret O’Hara to wild blueberries and David Lynch’s diners, Tasseomancy don’t do things by halves” – THE GUARDIAN 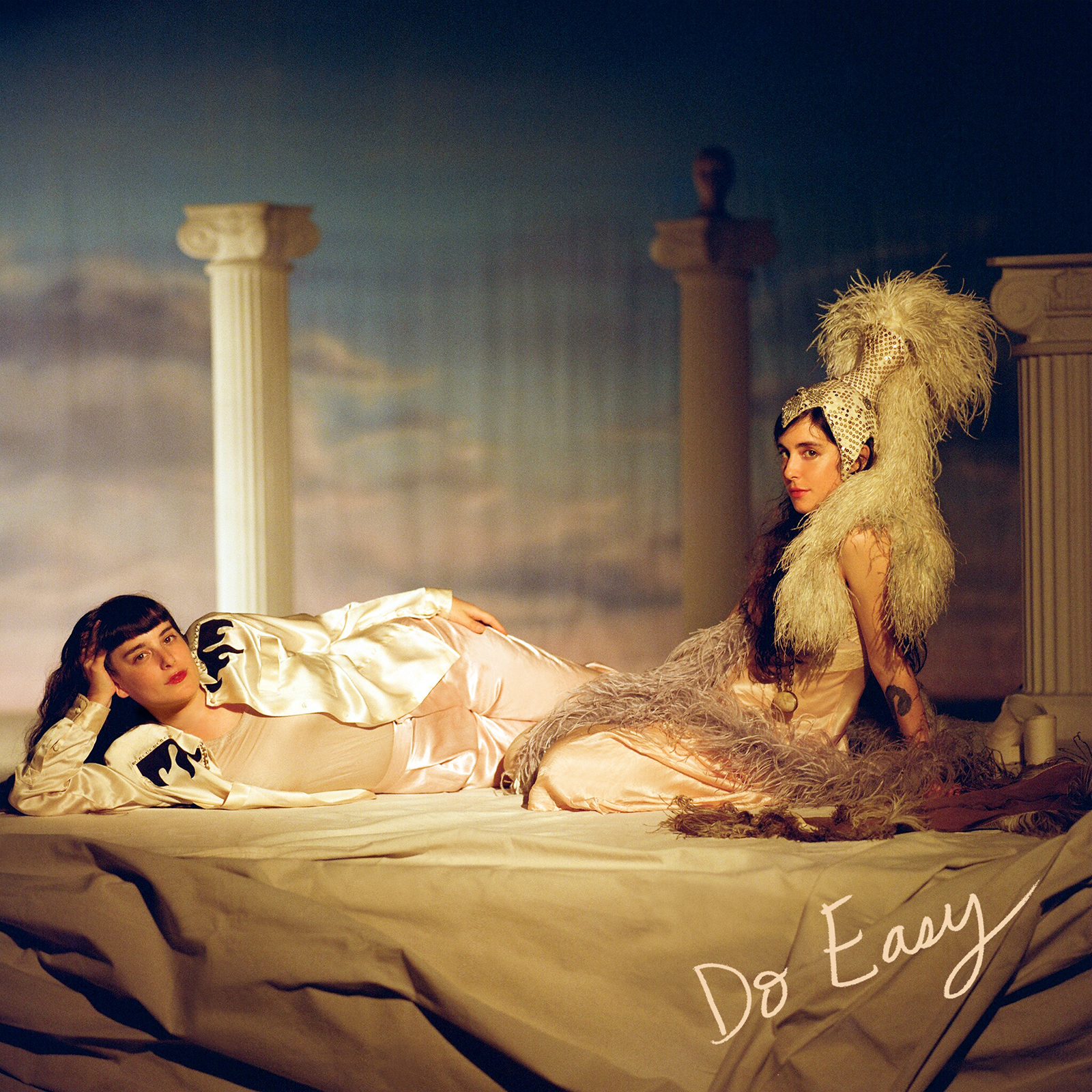 Limited run of 300 clear vinyl *** Available via Canada only 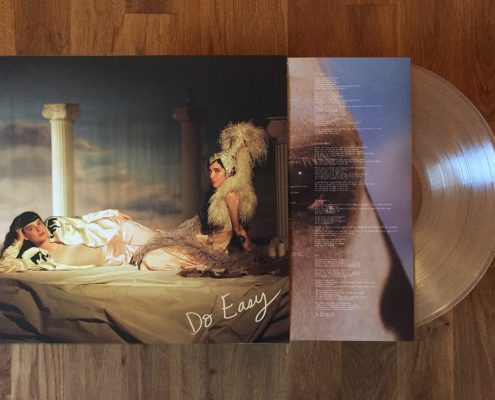 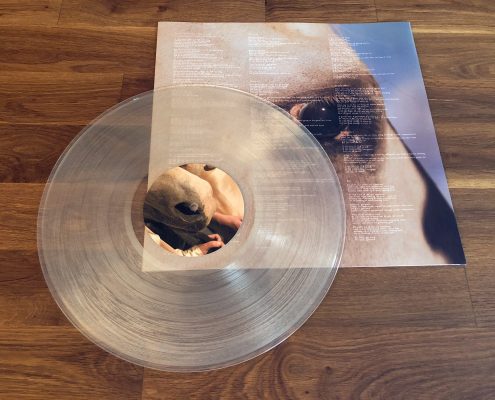 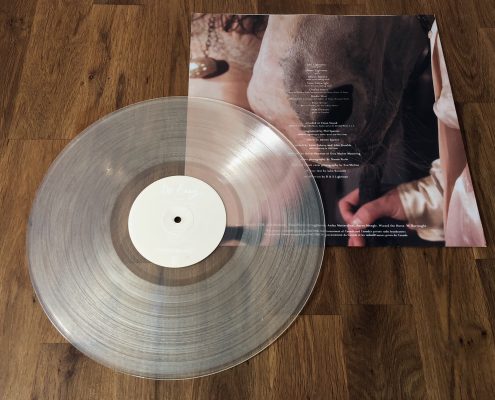 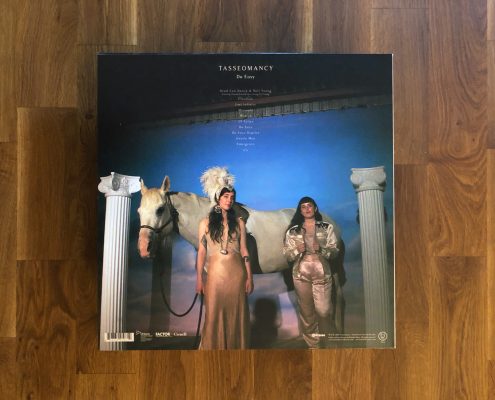 “Wonderful and beguiling… After the year we’ve had, there’s time for an album that’s essentially a huge weird cuddle.” – 4/5 THE OBSERVER

“Extraordinary dreamlike music… If you’re a Kate Bush fan who wishes she’d bring out albums more often than once every couple of decades, you might find that Tasseomancy’s music will fill the log, aching gaps nicely.” – THE SUNDAY TIMES

“Do Easy is witchery on a more minute scale, a far more domestic weirdness.” – 8/10 EXCLAIM!

“holds itself as a deadbeat anthem for a generation unsure if anything is possible, synths and steady drums inhaling and exhaling, that’s worth drawing into your arms based on the tamber of their vocals alone – creatively endearing and deleightfully unsettling” – Song of the Week / CONSEQUENCE OF SOUND