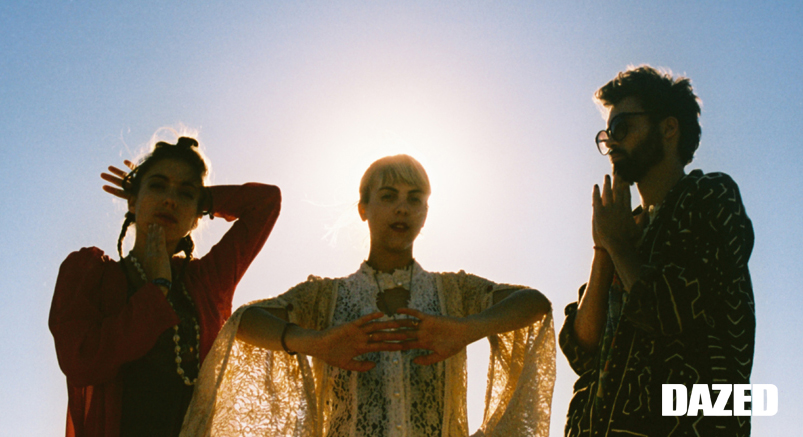 DOOMSQUAD‘s debut album Kalaboogie is streaming now in it’s entirety over at UK’s DAZED AND CONFUSED Magazine! The siblings have been garnering some serious international praise and are now set to tour North America & Europe this March through June with scheduled dates at Valley Of The Vapors, SXSW, The Great Escape UK, NXNE, and more!

“an odyssey as twilit and ceremonious as Halloween in Twin Peaks ~ the group weave the aboriginal music of their North Canadian upbringing into the visionary sounds of Gang Gang Dance, Fever Ray and Gazelle Twin – Subtly entrancing and sulphurous, Kalaboogie stretches out like a volcanic winter, soaring over DoomSquad’s native Canadian wilds and effortlessly outpacing the long shadow of Neil Young and Joni Mitchell” ~ DAZED

“thrilling and original. Another early candidate for best of 2014.” ~ The Star

“DOOMSQUAD are among the best performers in Canadian indie” ~ Exclaim!