Bonnie Trash is the drone-rock project of Canadian-Italian twin sisters Emmalia and Sarafina Bortolon-Vettor. Their 2022 debut album Malocchio unspools a real-life horror story based on the stories told to them by their Italian grandmother. Over heavy, hypnotic riffs, pounding drums and spooky soundscapes, the lyrics pull the listener into the meaning of the “evil eye,” a hex of malice onto another. Can you ever escape a curse?

Sonically, Malocchio connects the threads between metal, post-punk, shoegaze and drone rock, with Emmalia’s astounding guitar work recalling the likes of Black Sabbath, Godspeed! You Black Emperor, Joy Division and My Bloody Valentine. Singer/drummer/lyricist Sarafina’s voice leaps out of the mix with a commanding presence, summoning the spirits of PJ Harvey or Siouxsie & the Banshees.

The album begins with the voice of Nonna Maria, their 93-year-old maternal grandmother whose life story inspired the creation of Malocchio. The crackly recording of an interview with Maria, accompanied by an apocalyptic drone, sets the tone of doom to come. After emigrating to Canada in the late ‘50s and starting a family, Maria must move back to Italy after the death of her father-in-law. Maria’s family is cursed and haunted by the early deaths of those who purportedly received the evil eye long ago. Maria experiences life-threatening omens and supernatural experiences, signifying a need to return to Canada before the curse takes her family.

This chilling work builds on the reputation for thought-provoking horror-rock established with their 2017 debut EP, Ezzelini’s Dead. That six-song collection was based on the myth of Ezzelino III da Romano, a cruel medieval tyrant from their family’s hometown, San Zenone degli Ezzelini — who was reputedly a cannibal. Toronto Star critic Ben Rayner was enthralled by the EP’s “primal, squalling art-punk” in a review in his “Your Favourite Thing” column, noting the music “quickens the pulse and evokes a fitting amount of dread.”

Though Malocchio may be Bonnie Trash’s debut full-length, the band has been around for the better part of a decade. The twins began playing music together at age 11, forming an all-female punk band in high school and a more eclectic indie group during their college years. But what became Bonnie Trash began to coalesce around 2013, when they moved back home to Guelph after spending time in the larger cities of Toronto and Montreal. A progressive college town with a vibrant DIY music scene, Guelph is also home to a tight-knit Italian-Canadian community and the name “Guelph” also has an Italian origin.

Malocchio was co-produced by the band and Josh Korody (Vallens, Fucked Up, Nailbiter, Breeze, Beliefs) at his studio, Candle Recording in Toronto. COVID slowed down the planned recording schedule, but the additional time gave the duo a chance to strip down the sound to its fundamentals and dig deeper into their “apocalyptic emotional doom” aesthetic, as Korody pegged it. In the fall of 2020, Korody sent three mixes to his label boss, James Mejia, which piqued his interest, and with Malocchio, Bonnie Trash joins the roster of esteemed Canadian indie label, Hand Drawn Dracula.

Lead single “Teeth” sees Bonnie Trash at their poppiest, recontextualizing a “Be My Baby” beat (a nod to Ronnie Spector up above) before a wash of swoony, microtonal MBV-style drones, the words telling a love story that might be toxic. “Have You Seen Her” is claustrophobic Joy Division ruination, tightly wound in sheets of gray sleet. Meanwhile, the Pixies-esque alt-rock of “Perfect Moment (A Beautiful Reunion)” is about the moment of dying and being reunited with your lost loved ones, while also acting as a memorial to all the nonni who died during the pandemic — particularly in hard-hit Italy.

While Malocchio was the product of the sister duo’s invention, for live shows Emmalia and Sarafina are now joined on stage by a full band lineup including drummer Dana Bellamy (a happy reunion with a member of their teenage punk band Red Rosary) and bassist Alanna Gurr, a Guelph scene stalwart. Expect to see Bonnie Trash on festival stages and music-prize lists in 2023.

“From PJ Harvey to Siouxsie & the Banshees, there is an ancestral line directly tying them together and recalling emotions from the past. And that’s what Bonnie Trash is: a legacy. Gothic punk is diluted with a romantic rock to form a sound that, all at once, encompasses history” – THE LINE OF BEST FIT : ON THE RISE 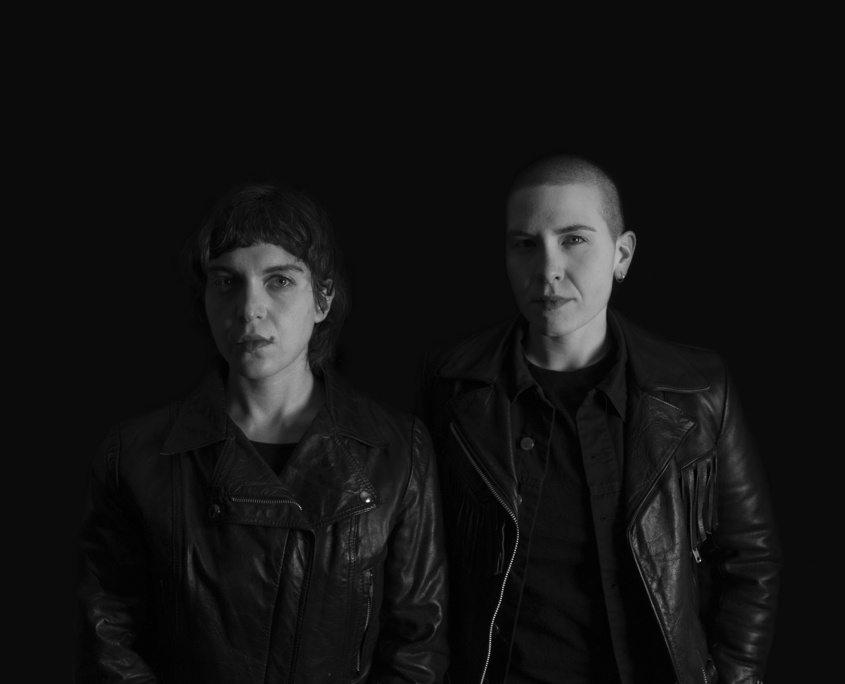 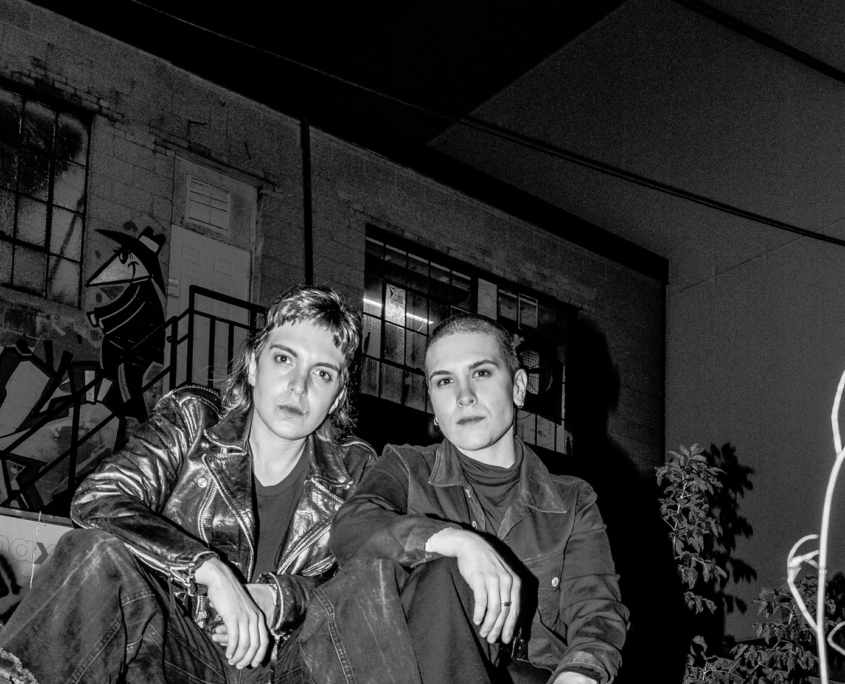 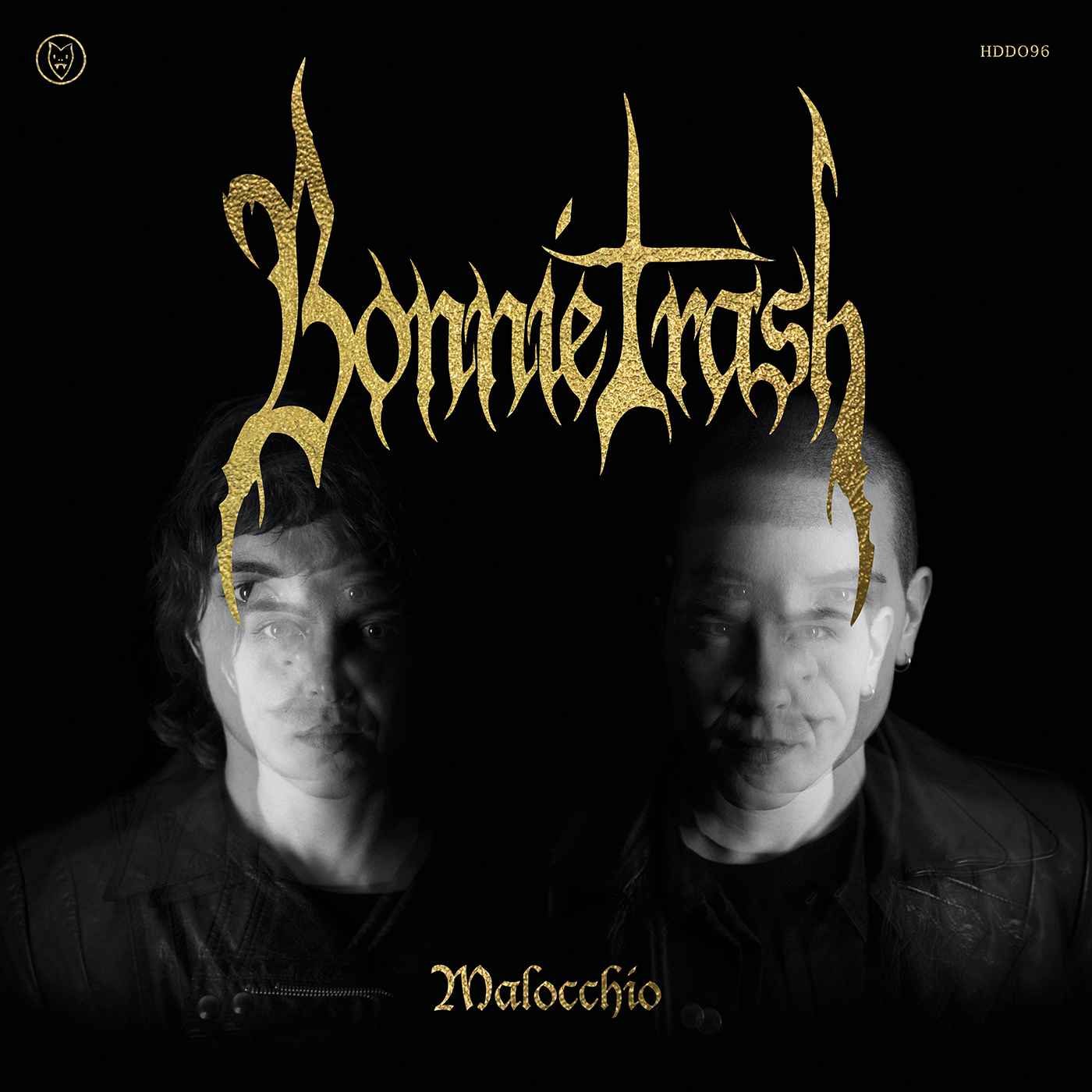