Their debut LP, Day Catcher, self-released in July and now being treated to a wider official release through HDD on May 4th. Day Catcher was recorded at home on a reel-to-reel tape machine and has slowly gained notoriety through inner circles as a no-nonsense document of their craft. Watch the video for the album’s “Creeping Tom” above.

Deliluh is an art-rock group at the centre of the west-Toronto DIY music community that has been discreetly gaining local attention on their own terms. Their shows mostly ignore the traditional circuit of bars and clubs, opting for more unconventional spaces like bakeries, libraries, veteran halls, apartments, and soon a dormant subway station. The core members are also responsible for some of the city’s latest string of house shows, taking place in the living room of their Bloordale apartment; a space known by many as Somewhere Else.  MORE… 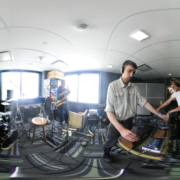 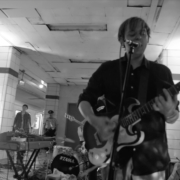