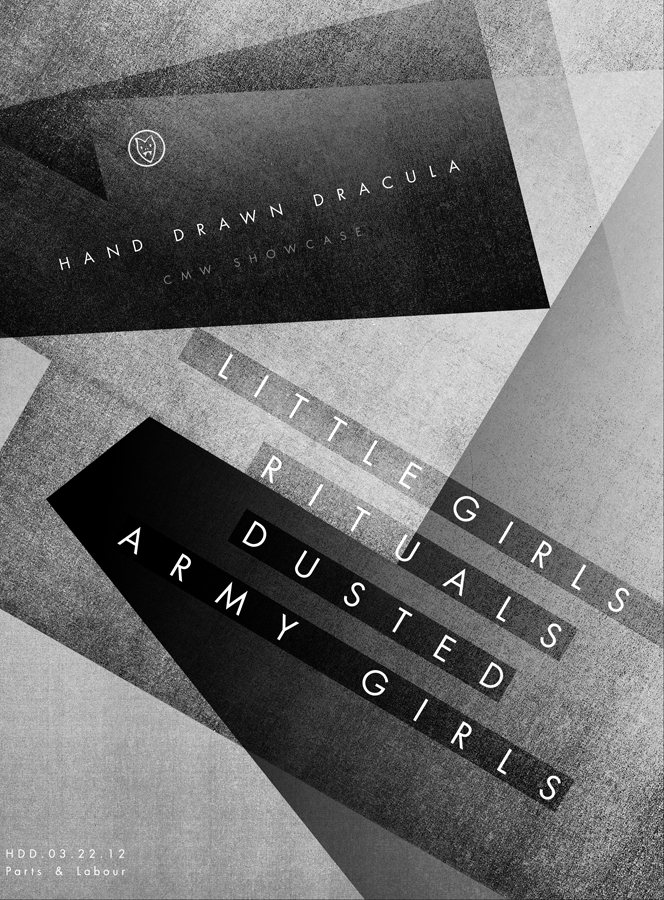 //DUSTED
After six years of constant HOLY FUCK touring, BRIAN BORCHERDT emerged with a new offering of songs, a stripped down presentation, disguised under the name DUSTED.

//ARMY GIRLS
Toronto two piece released their debut EP ‘Close To The Bone’ this fall on Blocks Recording Club and are currently recording their first LP.