Hand Drawn Dracula filled a page of the National Post with photos, artwork and interviews.

ABLE LABELS : WHO WOULD START A MUSIC IMPRINT NOW? OONLY THE PASSIONATE
by Mike Doherty.

“The label’s logo is a child-like sketch of a fanged creature’s head, but Mejia’s artwork, printed on “130-lb, double-thick, antique-stock” paper with hand-crafted packaging, is clinically precise and – crucial for branding purposes – undoubtedly recognizable. Borcherdt aspires to making HDD worthy of “a section in somebody’s CD shelf that’s not alphabetized like anything else: It sits alone because it’s aesthetically pleasing and has a certain feel, like something they’re excited to have.” – National Post

The music industry, we are told, is in turmoil. Fewer people are buying CDs, sales of downloads aren’t making up for the loss in revenue and the RIAA continues to cry foul about digital piracy. “It’s really the worst time to start a record label,” says Aaron Waisglass, a. k. a. Montreal’s DJ Grandtheft. So why are he and others doing it?

The struggle of top-heavy major labels to adapt their business models to a new reality, it turns out, is opening more doors than ever to idealistic independents. A growing number of labels, such as Waisglass’s Tremendous Records and Toronto’s Hand-Drawn Dracula, are swiftly moving to promote artists that the majors have ignored. Their strategies, born from necessity and a love for music rather than a devotion to profit margins, may in fact turn out to be commercially savvy.

“There [have] been a lot more [labels] starting up,” says Lloyd Nishimura, president of Toronto-based distributor Outside Music. “It’s an awful lot of work for not very much financial reward, but it never stops anybody. You tell them not to do it, and they do it anyway.”

Nishimura’s tongue is partially in cheek: There must be a degree of compensation involved if his company continues to distribute indie labels’ albums. The labels that do get off the ground these days, he says, are responding to the uncertain financial climate by being “a lot more focused than before on creating their brands – making sure that they do showcases with all their bands, that they have a similar aesthetic. And lots of times, they’re all friends … at the beginning, anyway!”

Hand-Drawn Dracula, whose music is distributed by Outside, fits the bill: It grew out of a long-term friendship between songwriter and multi-instrumentalist Borcherdt, who handles A&R and production for the label, and musical and artistic director James Mejia, a visual artist and graphic designer. Its aesthetic, Mejia explains, emphasizes the physical product of the album as a work of art. HDD releases, ideally, should be as collectible as comic books.

The label’s name arose from a conversation Mejia had with a friend who “was complaining about all the indie artwork that was coming out – it all looked the same: really bad hand-drawn flowers or hand-drawn birds or hand-drawn Draculas.” The label’s logo is a child-like sketch of a fanged creature’s head, but Mejia’s artwork, printed on “130-lb, double-thick, antique-stock” paper with hand-crafted packaging, is clinically precise and – crucial for branding purposes – undoubtedly recognizable.

Borcherdt aspires to making HDD worthy of “a section in somebody’s CD shelf that’s not alphabetized like anything else: It sits alone because it’s aesthetically pleasing and has a certain feel, like something they’re excited to have.”

But he and Mejia aren’t putting all their eggs in the compact disc market’s shrinking basket. Their label’s music is available for download, and more importantly, they’re excited about the visual impact and sonic fidelity of good old-fashioned vinyl. In fact, HDD’s first release, in October, was a gatefold LP version of the album Welcome to the Night Sky by Juno-winning melodic rock band Wintersleep, whose regular label, EMI, was apparently indifferent to releasing it on vinyl. The band’s drummer, Campbell, praises Mejia’s “amazing, uncompromised artwork” and notes that “getting our stuff pressed to vinyl is something that [the band members] really like to do, because we all have record collections.”

The label’s boosting of a format that for decades was kept alive exclusively by idealists is in fact financially astute: Indeed, Nishimura notes, “We’re seeing large increases in vinyl sales.”

While Waisglass, of Tremendous, admits that vinyl is “good for street cred,” his label has decided to embrace the possibilities inherent in doing away with physical product. By selling MP3s exclusively, they can cut out manufacturing costs and also drastically reduce the time it takes to get their music out – an important strategy for a label dedicated to music that can be played by DJs in clubs.

The brand-new brainchild of Waisglass, publicist Jesper Quist Kaalund and artist manager Peter Wark, Tremendous is slated to release albums by Scandinavian artists scouted by Kaalund and North American DJs who, says Waisglass, have had “trouble getting records out” in the frigid record industry climate.

Despite their different philosophies about formats, Tremendous and HDD share many of the same ideals: “We’re not trying to trick artists into deals that are going to corner or restrict them,” declares Waisglass.

“Artist-friendly” has become a common buzzword among labels, but it carries weight nonetheless. One of HDD’s first signings is the band Contrived, which shares four of its members, including Campbell, with Wintersleep. The drummer notes that they signed with the label because “James is 100% behind our creative product.” Contrived were determined to avoid the so-called “360 deal,” whereby record labels try to recoup money lost in CD sales by raking in a percentage of merchandise, endorsements and touring revenue.

Campbell speaks with horror of a band that he knows (but won’t name) that “basically signed their lives away: I remember them being on tour for six months straight.” Wintersleep turned down such an offer in the U.S. “I was in the Atlantic Records office talking to the president, and they’re sweet-talking you: ‘You’ll be on tour with Death Cab for Cutie in the spring!’ It’s like, ‘What the hell is this? Let’s get out of here.’ ” By contrast, he says, “I think James [Mejia] has respect for all of us, and we have respect for him.”

As their founders will admit, however, neither HDD nor Tremendous was founded entirely for altruistic reasons – both labels are vehicles for self-expression. Borcherdt, whose Polaris-nominated band Holy Fuck is signed to XL Recordings, has released his skeletal, haunting solo album Coyotes on HDD, with artwork by Mejia. Waisglass plans to release the first album by Team Canada DJs, his irreverent duo with Raph Kerwin (a.k.a. D.R.one), on Tremendous. Putting out one’s own music might suggest a vanity project, but it can also indicate a degree of individual investment that larger labels can’t match.

Borcherdt says of HDD, “It’s almost like making someone a mix tape: These are some things I like; I want to share them with you. They will reflect me and my personality.”

The label’s first priority, he stresses, is “not to serve ourselves; it’s to support a greater good and allow everyone an opportunity to achieve whatever type of success they want.

“But in time,” he says, laughing, “there might be an opportunity to buy ourselves a couple of shiny sports cars.”

• Borcherdt and Contrived perform at the Hand-Drawn Dracula showcase on Feb. 6 at 8 p.m. at the Whipper Snapper Gallery in Toronto, 587A College St. The label’s music can be ordered through http://www.handdrawndracula.com/. Tremendous Records will launch in February; check http://www.tremendousrec.com/ for details. Watch theampersand.ca later this month for an exclusive Soundcheck video with Borcherdt and Contrivied.

BRIAN BORCHERDT ‘While I Was Asleep’ Video 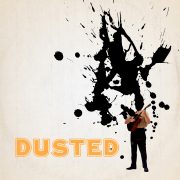