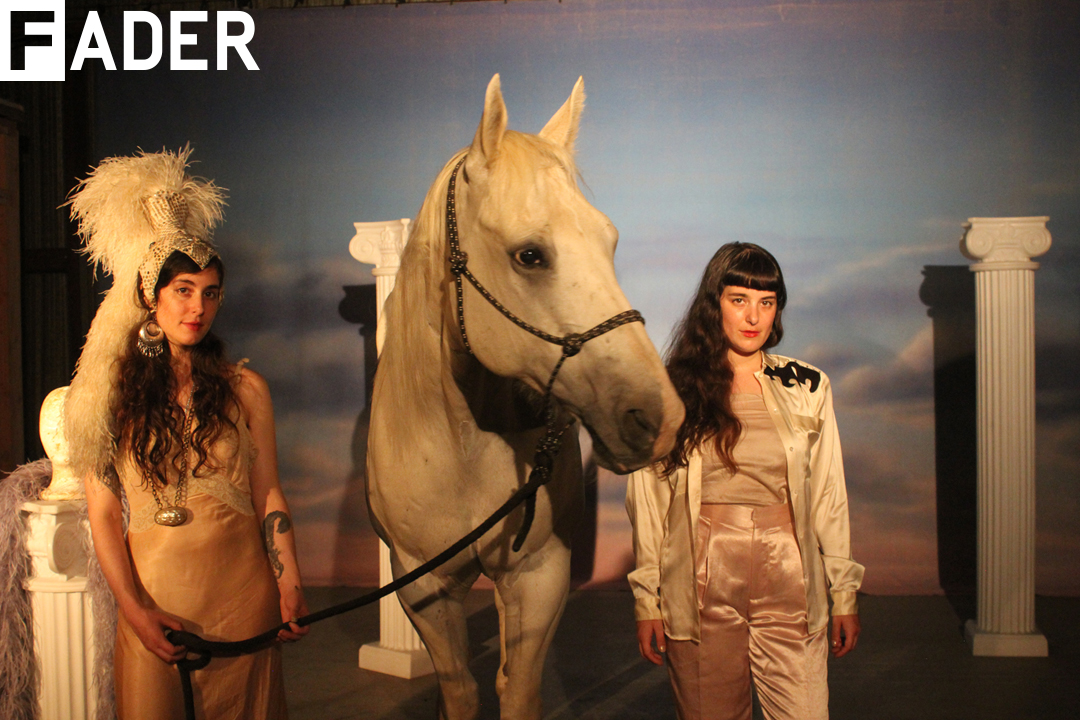 Excited to announce TASSEOMANCY, aka Canadian twin sisters Sari and Romy Lightman, have joined Hand Drawn Dracula! The title track of their new album, Do Easy, is streaming via The Fader and the LP will be released November 18th via Bella Union (ROW) and Hand Drawn Dracula (Canada). *** Dates TBA + Limited Canada Only Coloured Vinyl Edition Pre-Orders HERE.

“glowing, dreamy retro-pop song, undercut with a little bit of melanchony – Romy and Sari’s lush vocals flit between pillowy and crystalline” ~ THE FADER

“Inspired by the wild flamingos of all the night karaoke soirees and the domestic manifesto of William S Burroughs’s The Discipline of DE, “Do Easy” is a iconoclast pop hit written from Romy Lightman’s sub-conscious in a basement apartment. Burroughs’s doctrine on finding “the easy way” struck me as something rare and I hung onto it like a piece of protection. Later on, I discovered that Genesis P-Orridge believed this text to be one of the greatest magic techniques for retraining the mind. Endorsed by Occultists, stoners, freaks, the ultra zen and the highly sensitive, Do Easy attempts to infuse the mundane with a gentle joy and a sense of simple delight. Tasseomancy’s choral interpretation was created with all this in mind. Additional vocals by Sari Lightman and arrangements by band members Johnny Spence on synth/piano and Evan Cartwright on drums with musical accompaniment by Brodie West on saxophone.” ~ TASSEOMANCY

TASSEOMANCY // DO EASY (VIDEO) VIA THE FADER