Toronto-born, London-based artist Tess Parks will return with her long-awaited new album ‘And Those Who Were Seen Dancing‘ on May 20th via Fuzz Club Records and Hand Drawn Dracula. Following years of international touring and a lengthy list of critically-acclaimed collaborations with Brian Jonestown Massacre’s Anton Newcombe in recent years (most recently the duo’s self-titled 2018 LP), the new album will be Parks’ first full-length solo offering since her much-loved debut album, ‘Blood Hot‘, was released back in 2013 on Alan McGee‘s 359 Music label.

“In my mind, this album is like hopscotch”, Parks says: “These songs were pieced together over time in London, Toronto and Los Angeles with friends and family between August 2019 and March 2021. So many other versions of these songs exist. The recording and final completion of this album took over two years and wow – the lesson I have learned the most is that words are spells. If I didn’t know it before, I know it now for sure. I only want to put good out into the universe.” A growing and more than understandable disillusionment with the state of the world paired with an injury that stopped Parks from being able to play guitar and piano for months meant the album was nearly shelved for good.

“I really felt discouraged to complete this album”, she recalls: “I stopped listening to music for honestly about a year altogether and turned to painting instead. I really had to convince myself again that it’s important to just share whatever good we can – having the faith in ourselves to know that our lights can shine on and on through other people and for other people. The thought of anyone not sharing their art or being shy of anything they create seems like a real tragedy to me. Even if it’s not perfect, you’re capturing a moment.” Recorded over two years but with songs, lyrics and ideas dating back over a decade in some form or another, ‘And Those Who Were Seen Dancing‘ is an album full of such moments, people and places.

It was the album’s infectious lead single ‘Happy Birthday Forever‘ – a piece of upbeat almost-gospel-infused psych pop – that encouraged Parks to finish the record. “These lyrics were written when I was living on Henshaw Street in Elephant and Castle in 2009. I think I used to play this at some of my first ever solo shows in London”, she remembers: “The song was very cleverly and surprisingly originally titled ‘Get Me Out Of Here‘ and one day in October 2020 my sister, Isabella, was driving us home from a mixing session and I saw a license plate that said ‘GMOOH’, which is how I always used to abbreviate it, so I was like, ‘Okay, I’m definitely on the right path, I must be. Gotta finish this album!'” Thankfully, Tess did exactly that – enlisting a cast of friends and family to contribute in the process.

The album was brought to life with the help of Parks’ bandmates Rian O’Grady, Ruari Meehan, Francesco Perini and Mike Sutton, and her parents also make an appearance on the album’s hazy, slow-burning opener, ‘WOW’ (the track enters with Parks’ mother playing sound-bowls and throughout we hear her father playing on their grandfather’s piano.) Although driven by a smouldering spoken-word vocal that channels the husky poetics of Patti Smith or Lydia Lunch, Parks recalls the recording process of ‘Brexit At Tiffany’s‘ as being indicative of how her words found new life with the help of her band: “We were recording at Rian’s house and the guys started playing this music which had Francesco’s Ray Mananzarek Doors’ sensibilities and Mike’s Neil Young-esque guitar, and then I started reading this poem I had written which pieces together definitions of words I found interesting and had written down. The title is thanks to Ruari who kept saying this over and over and we all thought it was the best thing we ever heard.”

Parks first started writing with Ruari Meehan during the Berlin sessions for her last album with Anton Newcombe (“we sat at a table in the studio and wrote ‘Right On‘ in about five minutes so we carried on from there when we got back to London”) and ‘Suzy & Sally’s Eternal Return‘ is the latest to come from the duo’s collaboration: “We loosely based the music off of ‘Jesus Is Waiting‘ by Al Green and I had these lyrics that I kept on coming back to from December 2012. This song is about how maybe life might actually be heaven on earth already… or hell every day, you get to decide.” For the most part, ‘And Those Who Were Seen Dancing‘ marks a lighter, more joyful departure from the hypnotic psych-rock of Parks’ work with Anton Newcombe but the snarling, overblown garage-rocker ‘Do You Pray?‘ keeps one foot very firmly in that world.

Elsewhere, ‘I See Angels‘ was “written on my way out of New York while they were de-icing the plane for the second time”, ‘We Are The Music Makers And We Are The Dreamer of Dreams‘ is an “ode to unrequited love written” and the closer ‘Saint Michael‘ began “as a short poem I wrote while I was by myself in the van in a restaurant parking lot – our tour had just ended the night before in Nantes and far away I could see Mont-Saint-Michael.” It may have been nine years since she released her first and only Tess Parks studio album (not including the Newcombe collaborations) but the songs on ‘And Those Who Were Seen Dancing‘ and the memories, people and places they bring to light show that Parks has been doing anything but rest on her laurels over the years since her debut ‘Blood Hot‘.

Taking its name from the Freidrich Nietzche quote “And those who were seen dancing were thought to be insane by those who could not hear the music”, Tess Parks has returned with a collection of sublime psychedelic pop that doesn’t just welcome you into her world with open arms but also carries the sort of optimistic, inspiring message we so desperately need in our cursed times. “That quote has really resonated with me for years”, she says: “Perception is everything. Peace is this moment without judgement. Even if this album isn’t what it could have been, it’s music to my ears… I’m dancing.” From May 20th, when ‘And Those Who Were Seen Dancing‘ will be released into the world via Fuzz Club Records and Hand Drawn Dracula, we will all be dancing right there alongside her.

“And Those Who Were Seen Dancing demands to be heard and felt” – 8/10 EXCLAIM!

“Dreamy soundscapes that flit between shoegaze and psychedelia” – 4/5 UNCUT

“A seamless album that reflects the richness of a whole lifetime” – 8.4/10 PASTE

“A mesmerizing album full of textures and layers” 7.5/10 – UNDER THE RADAR

“Her tones sweep with a relaxing rasp that soothes the soul… darkly seductive.” – FAR OUT MAGAZINE

/ Happy Birthday Forever
/ Brexit At Tiffany’s
/ Do You Pray?
/ I See Angels 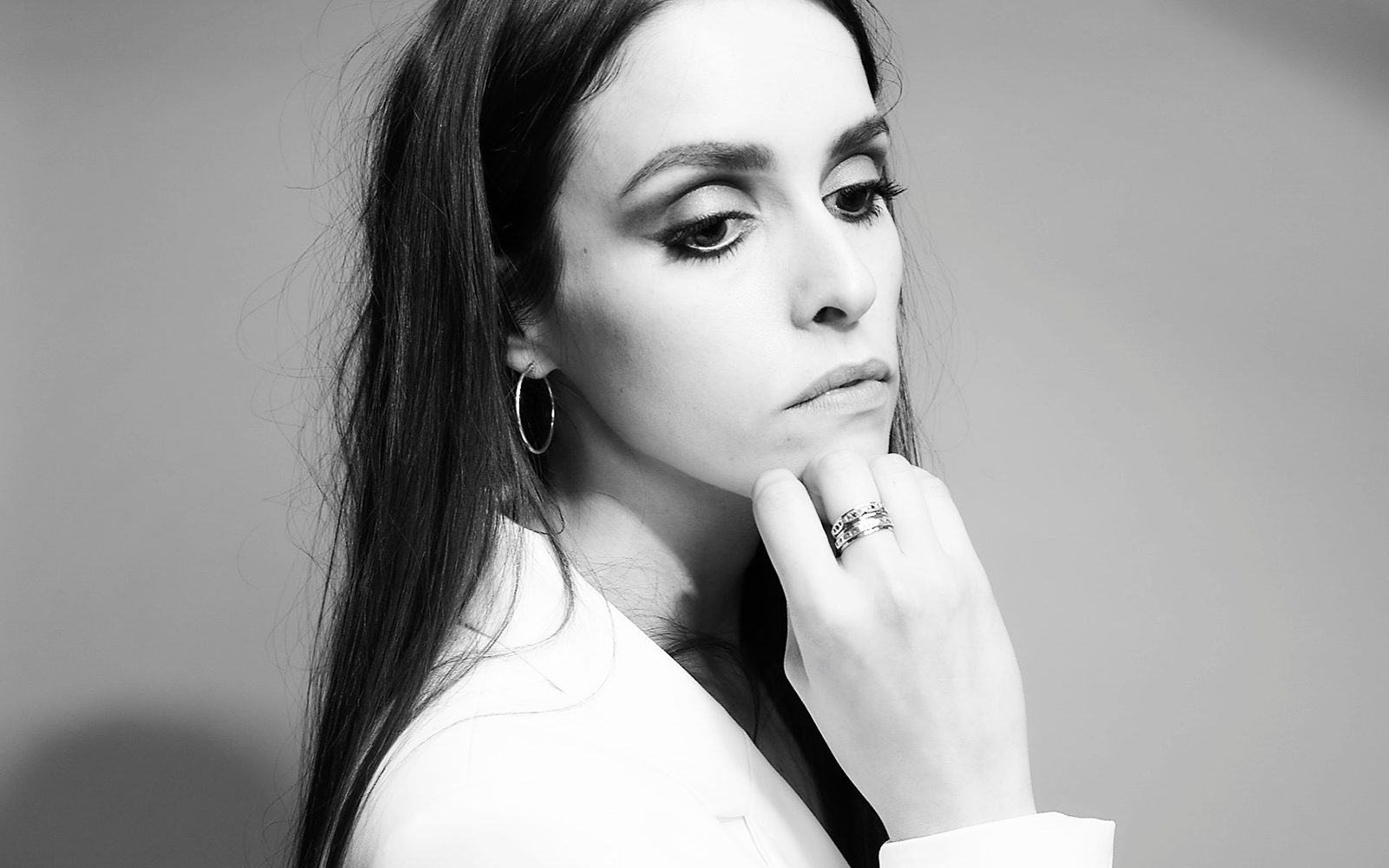 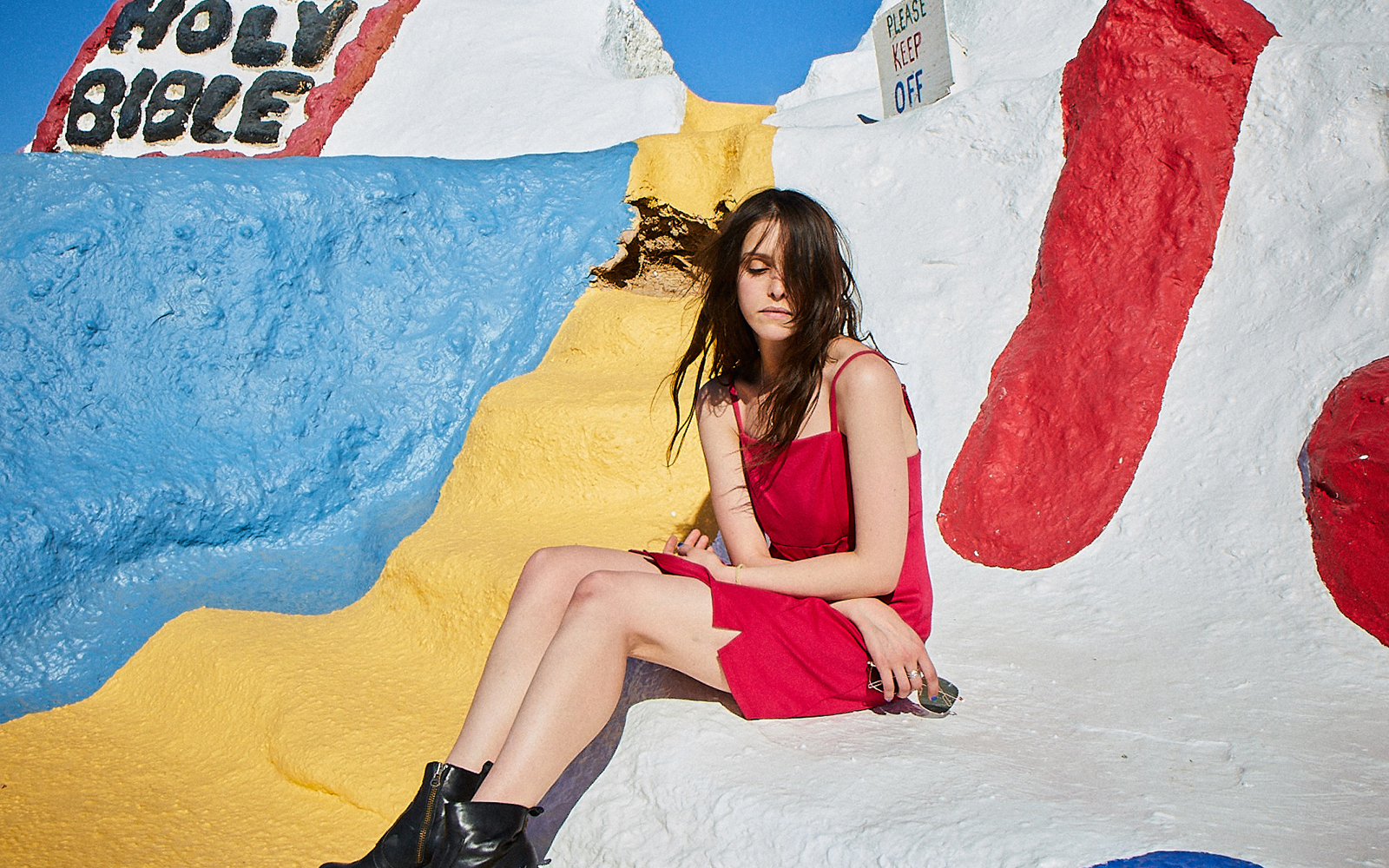 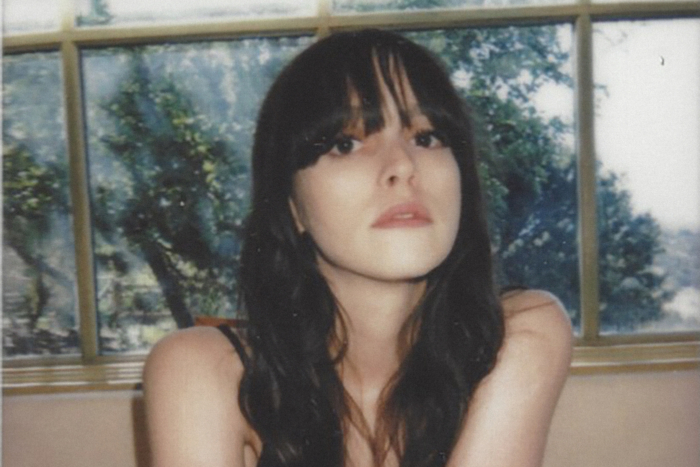 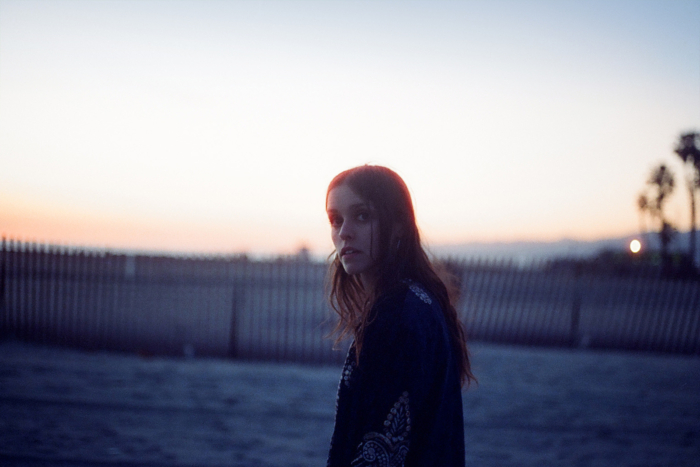 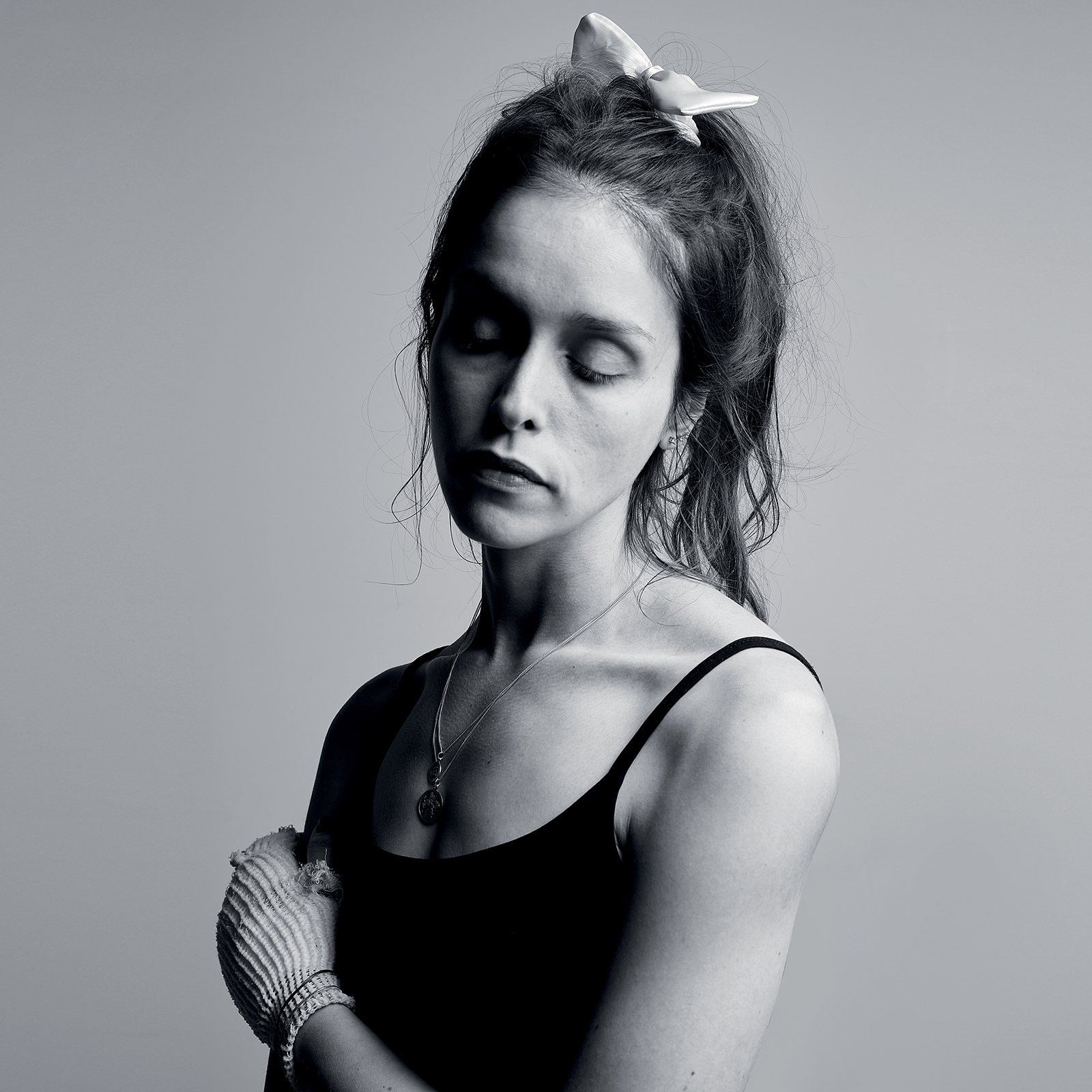 TESS PARKS
‘And Those Who Were Seen Dancing’ 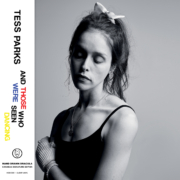 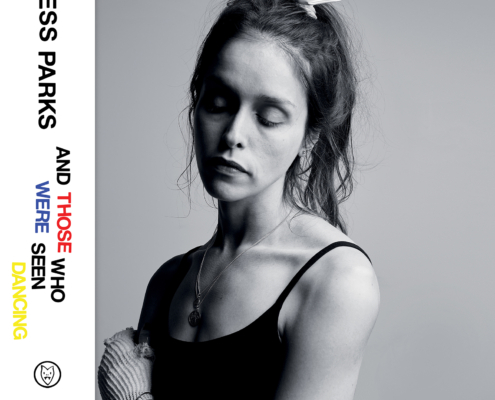 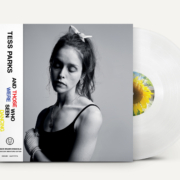 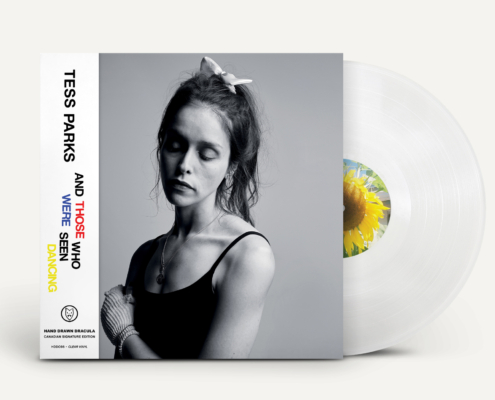 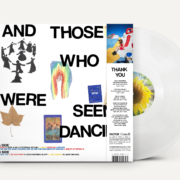 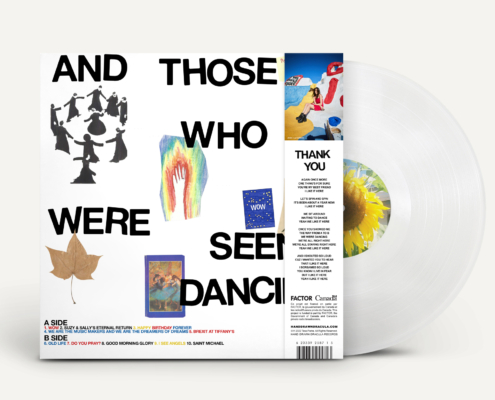 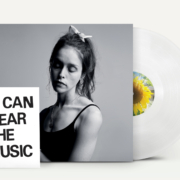 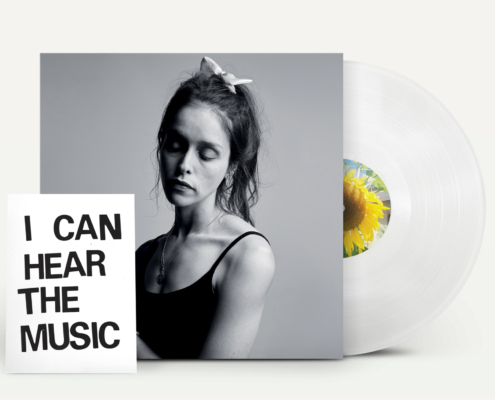 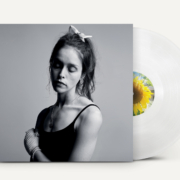 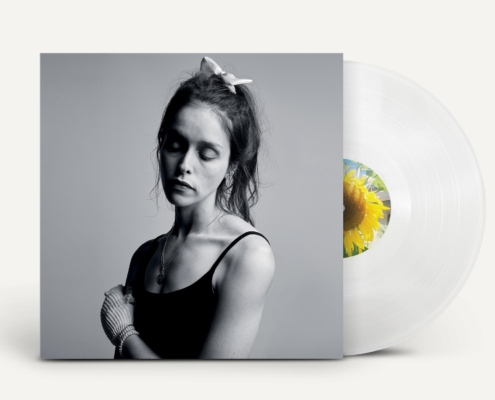 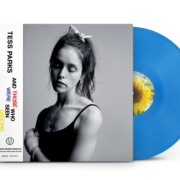 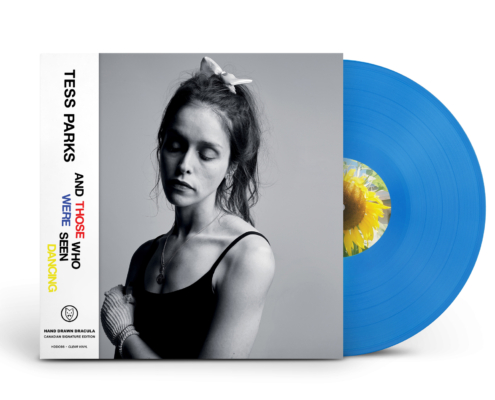 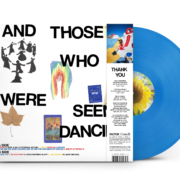 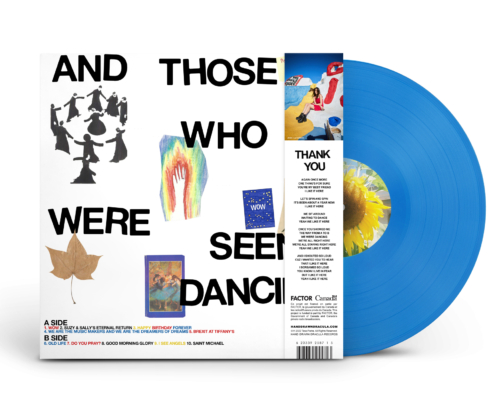 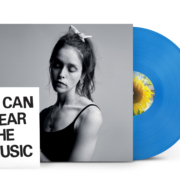 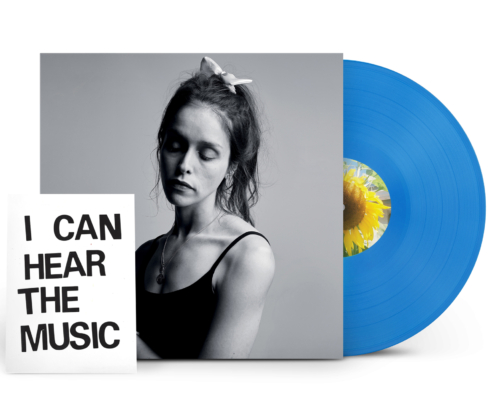 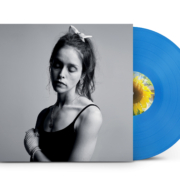 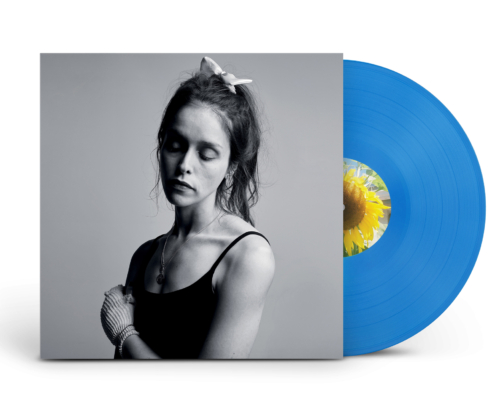