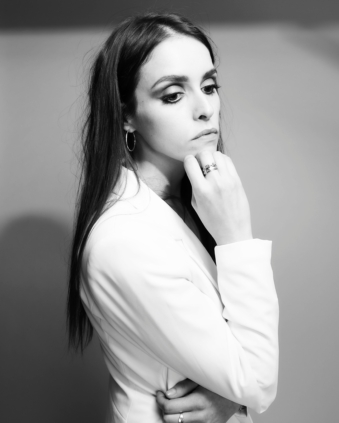 With new music in the works, TESS PARKS is today announcing her signing to Hand Drawn Dracula and UK indie label Fuzz Club. She says of the news: “I am very happy to say I will be releasing new music soon with longtime friends Fuzz Club and Hand Drawn Dracula. I have been collaborators with both labels for many years so joining their respective families couldn’t be a more natural fit. I am forever grateful to be able to make music and share music with my friends.

Set to arrive in 2022, Tess Parks has been busy readying her first solo album since her much-adored debut ‘Blood Hot‘ was released on Alan McGee‘s 359 Records label in 2013 (the Creation Records founder being an early champion of Parks.) ‘Blood Hot’ introduced Parks’ mesmerizing sound to the world to near-instant acclaim. Soon enough she had picked up a dedicated cult-like following, was touring internationally to sold-out venues and sharing stages with heroes like The Jesus and Mary Chain, Ride, Paul ‘Bonehead’ Arthurs and The Dandy Warhols.

In the years since ‘Blood Hot‘, Parks went on to release a number of critically acclaimed collaborative albums and EPs with Brian Jonestown Massacre’s Anton Newcombe (including 2015’s ‘I Declare Nothing‘ LP, and the ‘Right On‘ EP and ‘Tess Parks & Anton Newcombe‘ LP which were both released in 2018.) Tess has also written and performed on a number of Brian Jonestown Massacre albums, including ‘Pish‘, ‘Third World Pyramid‘ and ‘Dropping Bombs On The Sun‘, as well as singing on the revisited BJM classic ‘Fingertips‘.