In the spring of 2020, Ben Cook — a.k.a. Young Governor, Young Guv, or just Guv — was holed up in the New Mexico high desert, his U.S. tour having been abruptly covid-cancelled during a southwest swing. He and his bandmates were living moment to moment in something called an Earthship, a solar-rigged adobe structure sustainably constructed with, among other things, recycled bottles and tires. And out there in the serene vastness, as a short ride-it-out stint turned into a nine-month sojourn, Ben was writing music, slowly, little by little, mostly at night while the others slept. By the New Year, almost in spite of himself, he had created a new album, two new albums actually, and through the ordeal he was forever changed.

In a place he never expected to be, under circumstances no one could have predicted, and in the face of physical isolation, emotional desolation, and existential dread, Ben created GUV III & IV, a collection of songs dedicated and testifying to the eternal healing power of love — how to find it in the the world, in others, and most importantly, in himself. Written in the New Mexico wilderness and produced in Los Angeles, the double album will be released on Run For Cover (ROW) and Hand Drawn Dracula (Canada) later next year.

In New Mexico, daily life was ad hoc, communal, idyllic, almost Utopian. Ben and his five bandmates shared everything, all their money, shelter, and meals (Ben did the cooking). “It was beautiful,” he says. “We were at the foot of the Taos Mountain, part of the Sangre de Cristo range, one of the seven sacred mountain ranges in the world. I swam in the Rio Grande every day. The memory is surreal.”

Work was different — much more daunting. Though the marooned sextet had built themselves a makeshift studio for their little clay casa, inspiration was slow and sporadic. “I was isolated, the world was in complete chaos,” Ben says. “I lost control of the routine that I thrive in. I worked on songs more randomly, only when I felt like it. I was hard on myself for not writing enough. Truthfully, I don’t even remember doing most of it. I was removed from the process, in a way, somehow alienated from my own creativity.”

Isolation amid chaos, a thrumming feeling of alienation from oneself and others — this wasn’t exactly new territory. Two years ago, when Ben released his last record, the double-album set called GUV I & II, he likened the songs to “people-watching in a foreign country in the morning.” He was talking about the loneliness of living in the modern world, a condition that, for most people, was intensifying even before 2020.

And it went back further than the previous album cycle. Ben’s been at this a long time, making music and doing the thing that artists do: noticing what goes in the world, in all its discontents, while everyone else plays dumb. He formed his first serious band, No Warning, in 1998, and over the course of their initial eight-year run they became legends, the Toronto teenagers who perfected New York hardcore, channeling all the anger, resentment, and confusion of that awful War on Terror period, which everyone wanted to forget even as it was happening. Then he spent the next fifteen years as a guitarist in Fucked Up, who among their contemporaries were unequaled in their intellectual ambition, their capacity to sublimate all that anger and alienation into something profound, erudite, and redemptively strange.

“Guv” has been Ben’s personal songwriting outlet since 2008. Under that name and its derivatives he’s issued a pile of singles and EPs and several full-lengths. Before 2020, Ben says, the songs tended to come, if not easily, then at least efficiently, regularly, reliably, owing to a work ethic he describes as “a bit maniacal.”

But out in the desert, where nothing was familiar (“The energy there was unlike anything I’d experienced”), it was as if he was living outside himself. The old processes he had relied on, the patterns that had prevailed in his former life, no longer seemed to apply. And so they had to change. Given narrowing outer horizons — the shrinking of social life to just five fellow campesinos, the looming prospects of a ruined career and a collapsing society — Ben was forced to broaden his inner horizons, to spend long days and nights under the giant sky figuring out what actually matters and what’s really been inside people’s heads, his and everyone else’s, during these past years of decadence and decline.

Accordingly, the new songs are marked by a sense of intense yearning to connect — with other people, other beings, other energies — and to achieve by those means a measure of inner peace. The very first verse of very first track, “Couldn’t Leave U if I Tried,” whose opening guitar lines are pure-cut Roger McGuinn-esque arpeggiated bliss  a la Guv, sets the tone and establishes the stakes:

Again and again, in song after song — which range widely in style and mood, from Laurel Canyon jangle to British Invasion blues-pop to AM-radio Americana to the mildly sleazy electro pop that is something of a signature — we hear variations on the theme of those opening lines: If, as seems likely, we’re moving from a “love is all you need” world to a “love is all you can have” world, then what’s to be done except “watch the fireflies like bubbles in champagne,” as Ben sings in “April of My Life.”

Ben calls the new album “a document of my two years away from the world. My healing.” He explains, “through real work in therapy over a long period, as well as spending many months isolated and alone, I have started to finally access my true self little by little, and it’s reflected in this music.”

Maybe that process would have happened anyway, without the world cataclysm, without the detour to the sacred mountains. But it happened in its peculiar way, and in a holy place, and so we have this poignant and beautiful two-album set, which couldn’t have been made in any other timeline or under any other conditions.

It’s an open question where exactly the timeline that begins with GUV III & IV leads. After tracking the albums in L.A. in early 2021, Ben decamped to Mexico — old Mexico — where the healing process has taken yet another surprising turn. “I’m taking a complete break from music,” Ben says. “I haven’t picked up a guitar since the record wrapped. I’m learning Spanish and boxing.” 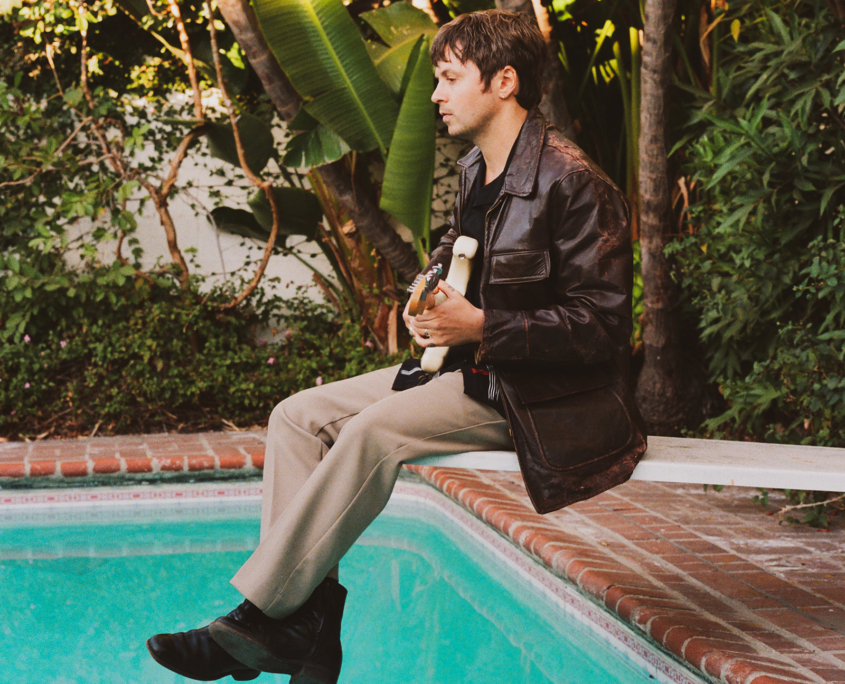 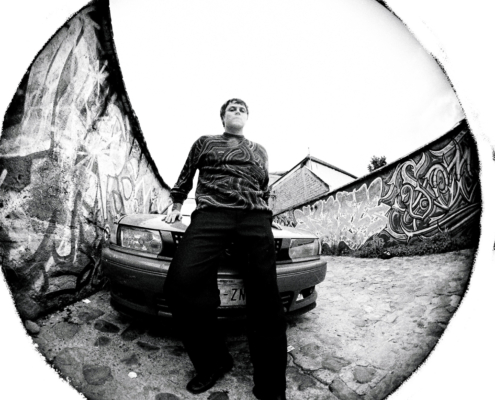 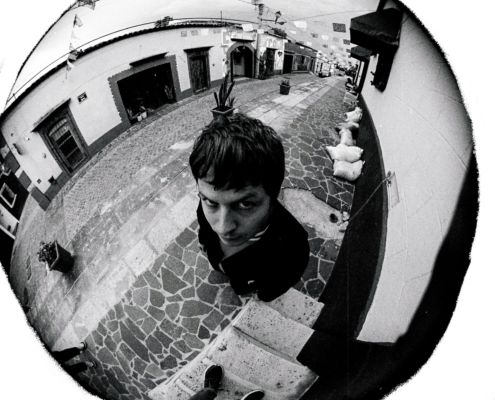 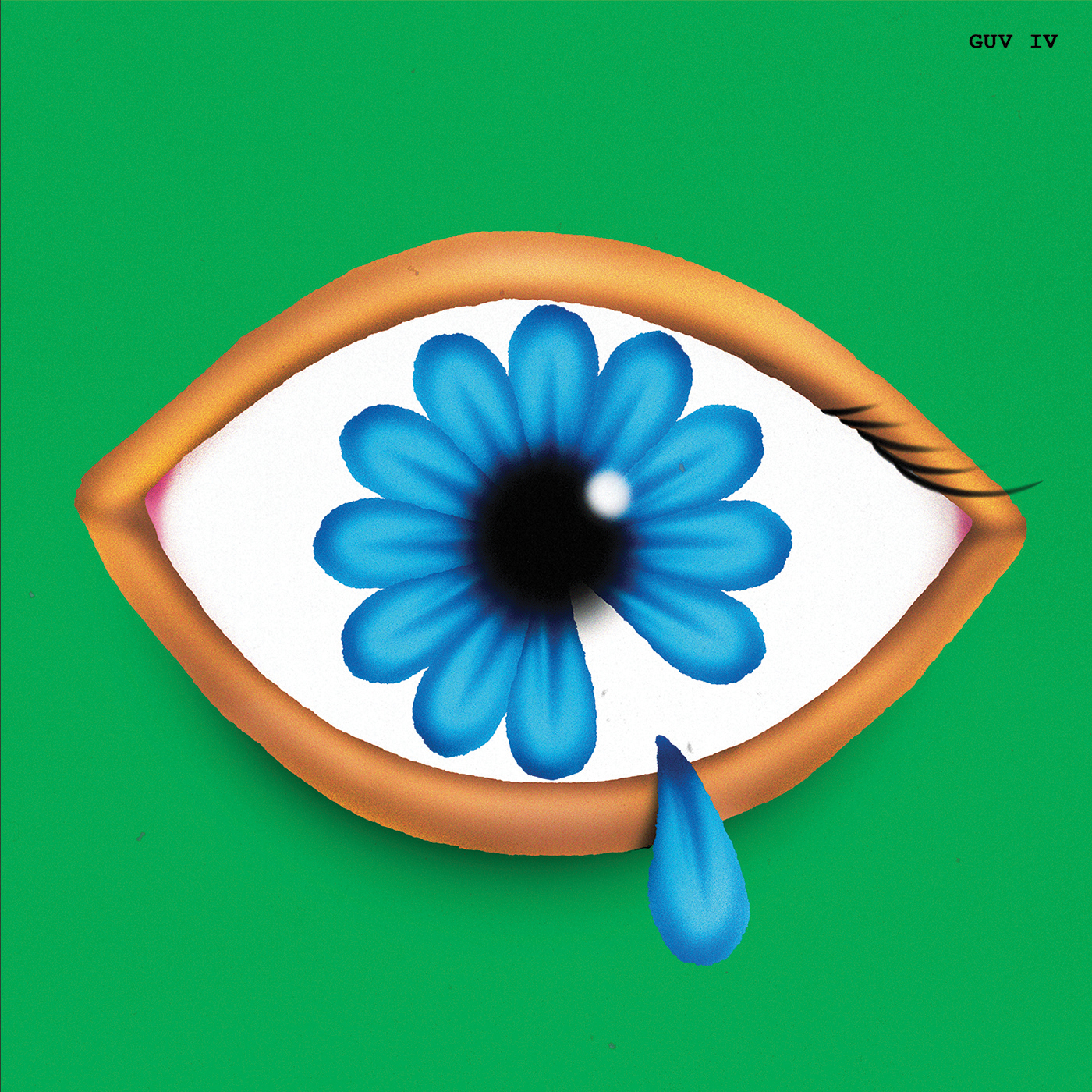 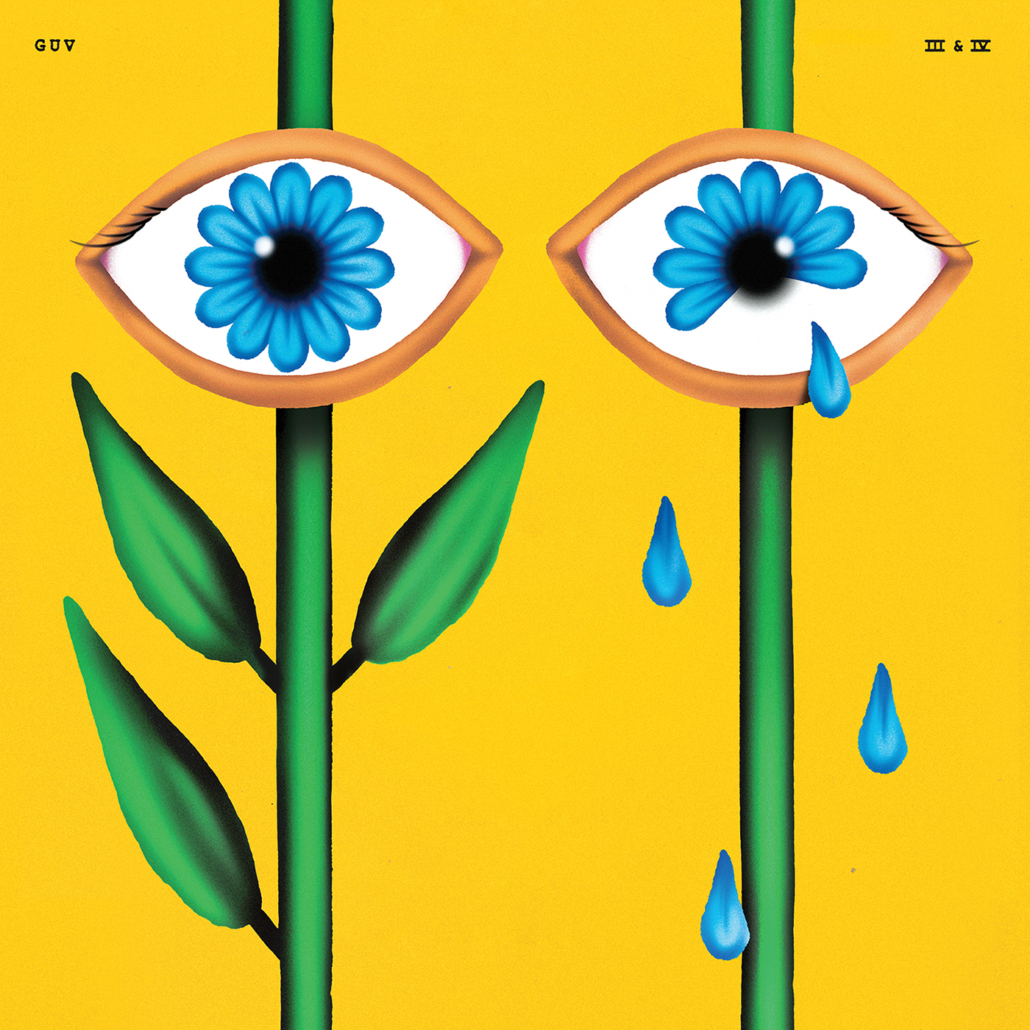